Airbus and SIA Engineering have completed the first of 14 A380 cabin retrofits for Singapore Airlines.

The retrofit programme was first announced in November 2017. 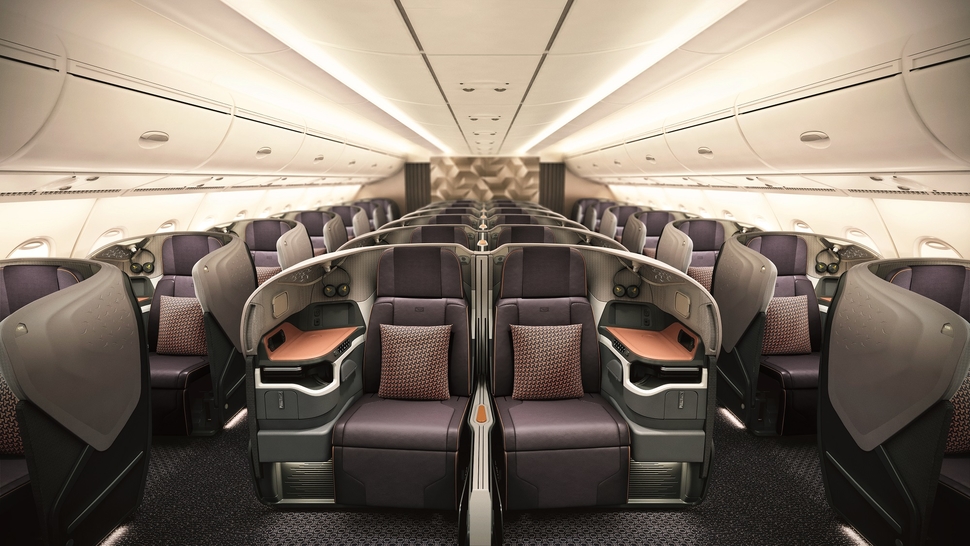 The newly reconfigured aircraft has 471 seats: six in "Suites" class, 78 in business, 44 in premium economy, and 343 in economy.

The total seat count is respectively 30 and 92 higher than the two configurations previously used on SIA's older A380s.

SIA adds that the retrofitted aircraft will feature the same cabins as its five recently delivered A380s.

The carrier states the registration of the first retrofitted aircraft is 9V-SKS. Cirium's Fleets Analyzer shows the aircraft went into service with the airline in December 2011.

The airframer's Services by Airbus unit is responsible for service bulletins and cabin parts-kit delivery, as well as providing design knowledge and engineering expertise to SIAEC.

FlightGlobal previously reported that the retrofit work was scheduled to finish by 2020. Responding to FlightGlobal's queries, SIA says it is unable to provide a "definitive updated timeline" for the completion of the retrofitting work, and that each aircraft "will generally take several months for installation of the new cabin products."