UPS has announced a major upgrade to the cockpit technology in its Airbus A300 Freighters to ensure the aircraft have technology needed to remain in service until 2035.

The upgrades will give the aircraft ability to process much larger quantities of data and meet requirements of the FAA's NextGen air traffic control modernisation project, executives say.

"It will be comparable to the capabilities of the 787 or A350," says UPS avionics and systems engineering division manager Kevin O'Hara.

A UPS Airbus 300 cockpit, before and after the Honeywell avionics upgrade 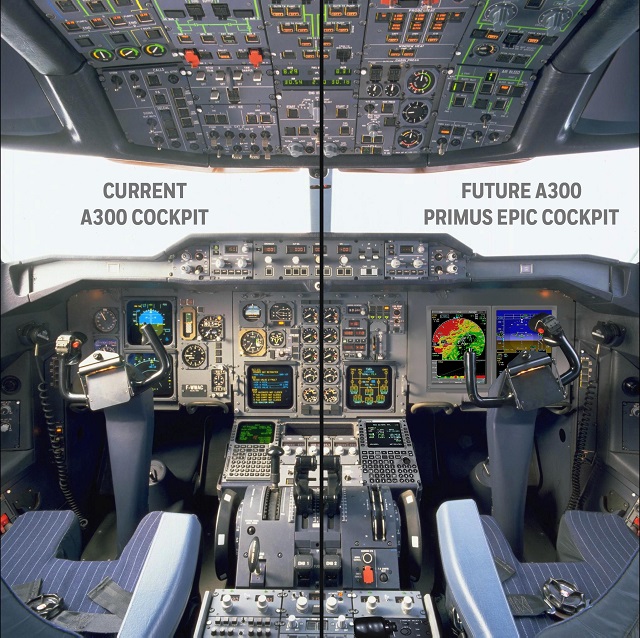 Airbus will perform the avionics integration, UPS says. Modification will begin on an initial aircraft in 2019, followed by flight testing and certification, which UPS expects in 2020.

Modifications to remaining aircraft will begin in 2020, with work to be complete by 2022, says UPS.

The announcement of the A300 cockpit upgrades come several weeks after UPS announced upgrades to the cockpits of its Boeing 757s and 767s. Those aircraft will receive new Rockwell Collins LCD cockpit displays, UPS said.