Bangkok has ordered an additional pair of Airbus Helicopters H225M rotorcraft, adding to an existing fleet of four of the twin-engined type operated by the Royal Thai Air Force (RTAF).

To perform a variety of missions including combat search and rescue, troop transport and other tasks, the latest acquisitions are the third phase of a fleet renewal programme begun in 2012.

Delivery of the two Caracals is due in 2019, and will be preceded by another pair due to be handed over this year dating from a 2014 order.

“Upon signing this latest contract, the RTAF may also consider to further expand its fleet of H225Ms,” says Airbus Helicopters. 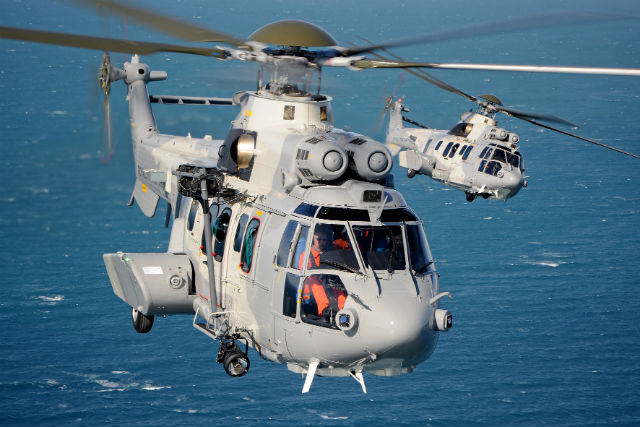 Meanwhile, the Spanish air force on 3 October received its first H215 during a ceremony at the manufacturer’s Albacete plant.

It will be assigned to the service’s 802 Sqn and will be based on the island of Gran Canaria, where it will be used for search and rescue missions.

An older variant of the Super Puma family – until last year designated the AS332 – the H215 has a lighter maximum take-off weight of 8.6t compared with its bigger brother, but features the same four-axis autopilot.

Spain’s H215 was built in France but was painted and fitted with its mission equipment in Albacete. Nation-specific modifications include emergency floats, a hoist and additional fuel tanks to extend range up to 302nm (560km). Although it is the sole example on firm order, Madrid is understood to be considering the acquisition of another two helicopters. 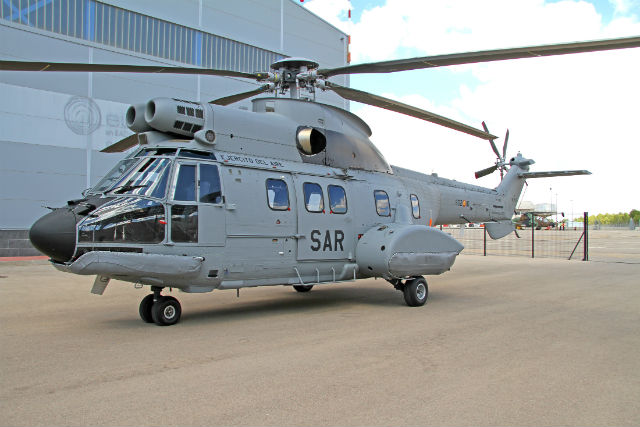