Derived from the AgustaWestland AW129 by TAI and Aselsan under Turkey’s ATAK requirement, deliveries of the rotorcraft began in April 2012. 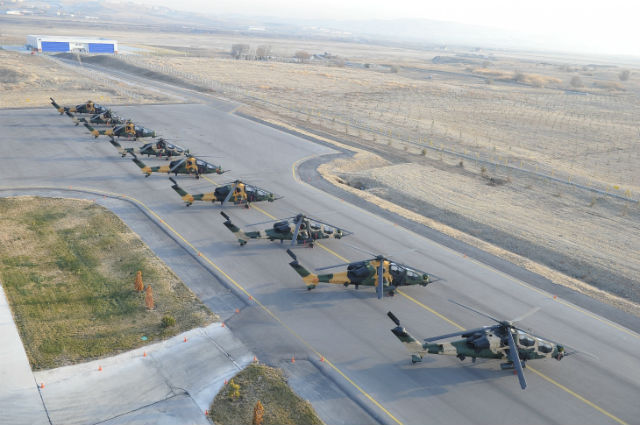 The EDH model is designed to cover an urgent operational need to replace some of the Turkish army’s Bell AH-1 Cobras, but lacks the anti-tank missiles to be carried by the eventual T129B variant.

Flightglobal’s Ascend Online database records the Turkish army as having a total of 59 of the attack type on order.