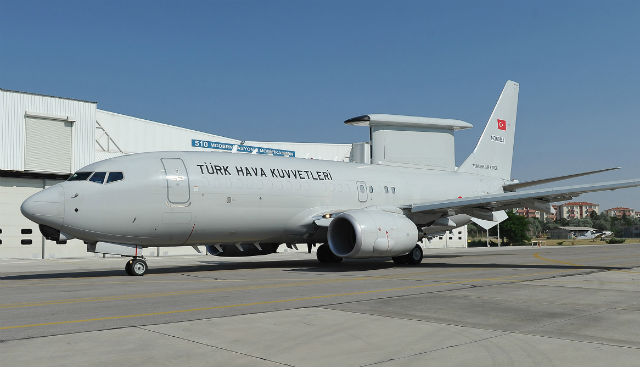 Boeing says the third aircraft to have been delivered via Ankara’s Peace Eagle programme was delivered “on schedule” on 4 September at the air force’s Konya air base. The company is due to deliver its fourth and last example in 2015, it says.

Ankara in early 2014 accepted delivery of its first Peace Eagle aircraft, registered 13-001, following a roughly seven-year programme delay. Its surveillance aircraft fleet was ordered in 2003, with the type originally due to enter use from 2007. The air force has already used its lead asset during the multinational exercise Anatolian Eagle, staged from Konya.

Turkey is the third and so far last operator for the 737-derived AEW&C platform, following the air forces of Australia and South Korea. These have six and four of the type in use, respectively.