BAE says it is “currently assessing the aerodynamic characteristics of carrying two fuselage-mounted conformal fuel tanks on the Typhoon aircraft”, using a high-speed windtunnel at its Warton site in Lancashire. “This testing will help to accelerate the clearance process for such tanks to be integrated on to Typhoon, offering increased range and flexibility to the aircraft,” the company adds. 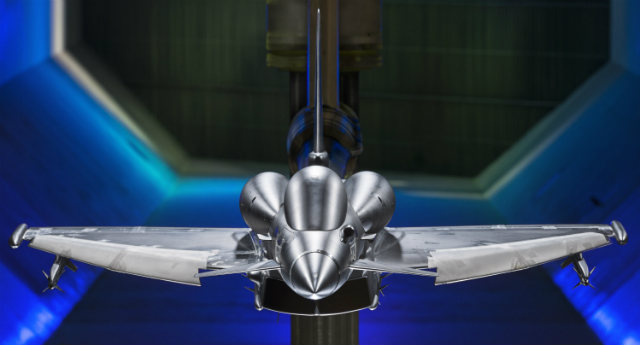 A new configuration item for the Tranche 3 production standard Typhoon, the conformal structures would free up under-wing pylons frequently used to carry external fuel tanks, but recently employed in testing to carry the MBDA Storm Shadow and Taurus Systems KEPD 350 cruise missiles (below). All Tranche 3 aircraft are being manufactured with the required structural and fuel system modifications to carry the CFTs. 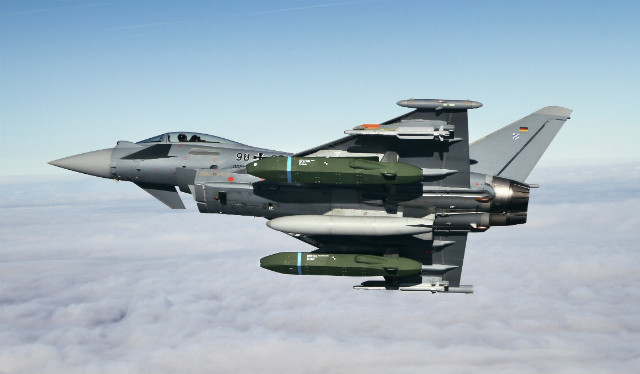 The four-nation Eurofighter consortium exhibited a full-size model of the Typhoon with the conformal tanks fitted at the Dubai air show last November, with the adaptation having been on offer to the United Arab Emirates, which subsequently halted talks linked to a potential Typhoon acquisition. 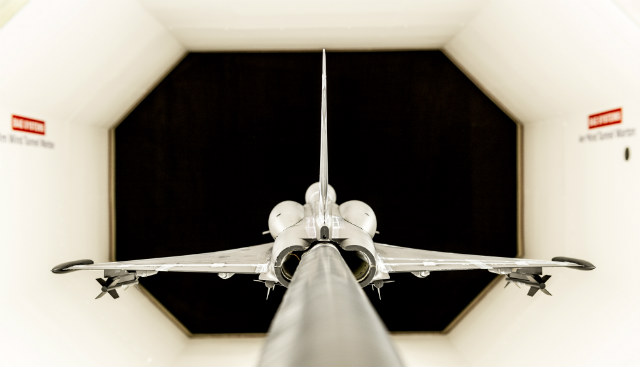