"We do have plans to replace the Gazelle," says Air Cdre Al Smith, capability air manoeuvre at the UK's Joint Helicopter Command. "It hinges on operational outputs so the customer gets the same or better product," he adds, noting: "I think we can probably do better than we do today."

Smith, speaking at the Defence IQ International Military Helicopter conference in London on 31 January, declined to reveal the platform under consideration, or the timeline for any acquisition. The latter is driven by the out-of-service date for the Gazelle, which could be accelerated from a current target of 2025 if the type becomes more costly to support due to a shortage of spare parts. 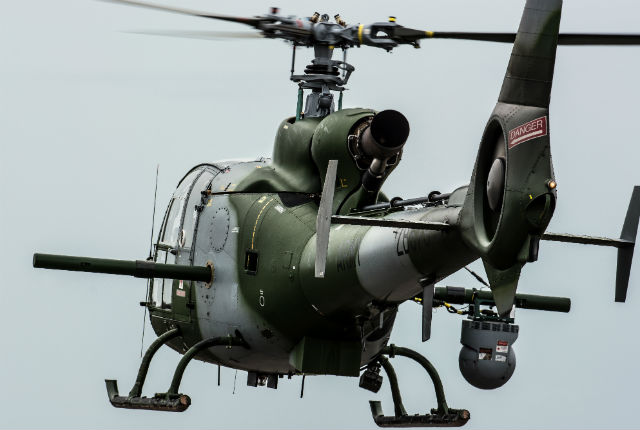 Employed by the Army Air Corps in the reconnaissance and battlefield liaison role, the Gazelle also relies on a pool of what Smith describes as "really highly trained" flightcrew, who are used to operating as a single pilot in "quite challenging weather conditions".

"How much longer do we want to rely [on those crews]… and at what point do we want technology to reduce that workload?" asks Smith.

A replacement programme is unlikely to be a like-for-like acquisition: thanks to advances in technology, Smith believes that a similar or better capability could be provided with a smaller number of platforms.

"Looking at the number of Gazelles, we think we can deliver a customer product with significantly fewer than we have today," he says.

An acquisition process has also begun for the Royal Air Force's Boeing CH-47 Chinook fleet. This is "still in the assessment phase" says Smith, but stresses that the UK armed forces "need heavy lift".

Any future purchase will be a "manned platform", he says, with the Ministry of Defence likely to wait until the arrival of the enhanced Block II version of the Chinook in 2023.

While no decision has been taken on whether to acquire more Chinooks or another type, Smith notes: "There are not that many competitors out there."

In addition, a part of any future Chinook purchase could include the MH-47G variant for special forces operations, Smith confirms.

"If Block II were the answer… then the MH is an attractive option, because it offers some capabilities that some of the others don't," he notes.