One of the UK's key intelligence, surveillance and reconnaissance (ISR) types is to receive a major upgrade, under the terms of a long-term arrangement between the Royal Air Force and prime contractor Raytheon UK.

Using heavily adapted Beechcraft King Air 350CERs, the Shadow R1 fleet is operated by 14 Sqn from the RAF's ISR hub at Waddington in Lincolnshire. Five of the type are in current use, and the UK has committed to adding a further three as part of its 2015 Strategic Defence and Security Review (SDSR).

Raytheon says that under the expanded relationship it "will make the first incremental upgrade to the Shadow R1, and then explore new delivery solutions for the next variant, the Mk 2". The activity is now in its concept phase, but will involve modifying the current and on-order airframes, confirms Roland Howell, the company's director of airborne ISR.

Air Cdre Ian Gale, the Ministry of Defence's senior responsible owner, air ISTAR, says that while the concept phase is ongoing, he expects the Shadow R2 to be "a connected aeroplane with the best sensors available at the time", also featuring an open-architecture mission configuration with increased levels of software automation. 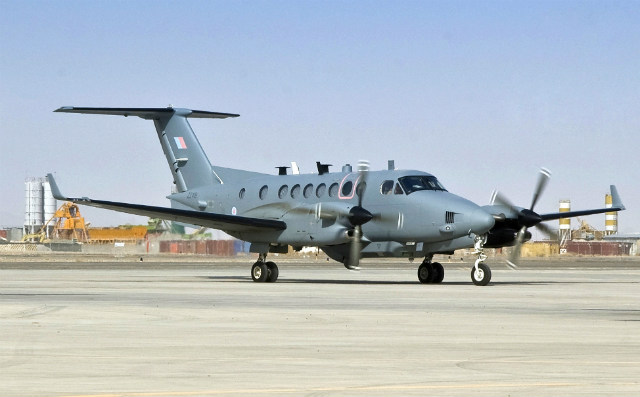 Flight Fleets Analyzer shows the RAF's current Shadows as between six and 10 years in age. The twin-turboprops were rapidly fielded via an urgent operational requirement to support UK and coalition operations in Afghanistan. Gale says the additional three aircraft have already been ordered and modification work has commenced.

The RAF's current planned out-of-service date for the Shadow fleet is during 2030, and the MoD is negotiating a long-term support contract for the type with Raytheon, to come into effect from April 2019. Maintenance and airworthiness assurance work under this deal will be subject to "open and fair competition", the ministry says.

Under the terms of its new arrangement with the RAF, Raytheon says it also will "improve the design, modification, configuration management and support aspects of the Shadow and Sentinel surveillance aircraft at RAF Waddington and Broughton, North Wales".

One of the aircraft was removed from use in March 2017, but Gale says new methods introduced under an integrated Sentinel support solution deal signed late last year have resulted in the reduced fleet becoming "considerably more reliable and available". "We're reaping the rewards of that operationally," he adds. 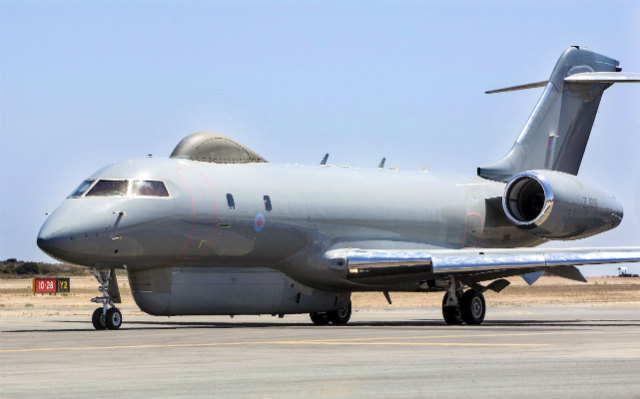 "We love the Sentinel – it's serviceable, available and it delivers fantastic product," Gale said at the DSEI exhibition in London on 13 September. "It's valued very highly by the US forces, and we’re using it to do things on operations that others can't."

Meanwhile, the British Army's ISR-roled Britten-Norman Islanders are to be operated as an adjunct to the RAF's 5 (AC) Sqn, under a move intended to optimise the UK's use of such surveillance assets.