Twenty UK military personnel are currently working with the US Navy’s Boeing 737-based P-8 maritime surveillance aircraft, with several of these also set to receive training on the service’s remotely-piloted Northrop Grumman MQ-4C Triton, the Ministry of Defence has revealed.

Of these, 12 are with units flying variants of the Lockheed P-3 Orion for the air forces of Australia (two), Canada (six) and New Zealand (four). The remainder of the personnel deployed as part of the MoD’s “Seedcorn” initiative are working with P-8 units at NAS Jacksonville in Florida (11) and NAS Patuxent River in Maryland (nine), Soubry says. 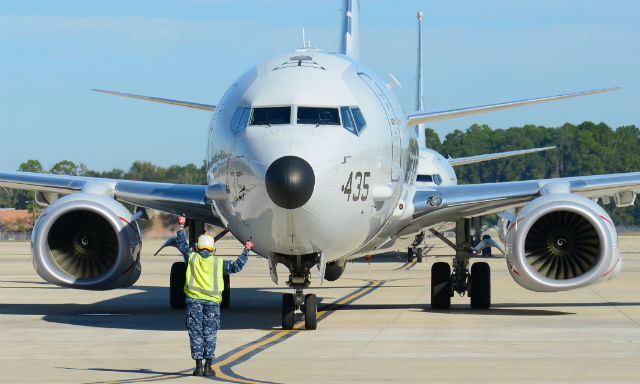 While UK personnel are retaining key maritime surveillance skills via the multi-year Seedcorn programme, they are also gaining experience in the use of advanced unmanned air systems, Soubry reveals.

One officer at the USN’s Patuxent River test site has already been qualified on the Boeing/Insitu RQ-21A Blackjack UAS, while “four are scheduled to train on the MQ-4C Triton during June-August 2014”, she says. Also referred to as the Integrator, the former is a more capable design than the Boeing/Insitu ScanEagle air vehicle now being used by the Royal Navy under an urgent operational requirement deal signed with Boeing Defence UK.

Two test examples of the Triton – a development of the high-altitude, long-endurance RQ-4 Global Hawk platform – are due to arrive at the Maryland base within the coming months, with the US service expecting the system to achieve initial operational capability during 2017. Australia in mid-March also confirmed its intention to acquire the MQ-4C to operate alongside its future P-8 aircraft. 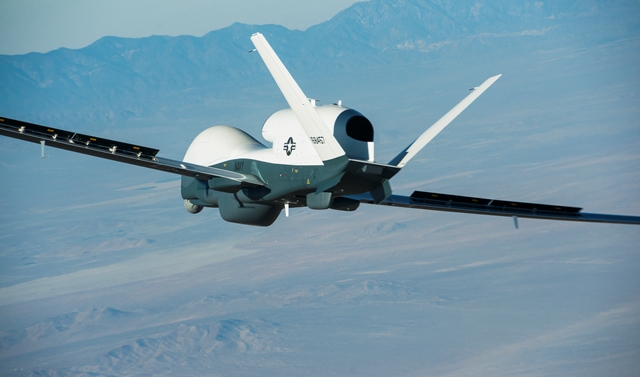 The question of whether to acquire a replacement UK maritime patrol aircraft capability is likely to be a key part of the nation’s next Strategic Defence and Security Review, which will be conducted in 2015.

Soubry was responding to a parliamentary question by Angus Robertson MP, whose Moray constituency includes Kinloss: the former home of the Royal Air Force’s BAE Systems Nimrod MR2 fleet. The last of these were retired four years ago, while the replacement Nimrod MRA4 programme was cancelled in October 2010.