The UK Royal Air Force has conducted 159 air strikes against Islamic State targets in Iraq with Panavia Tornado GR4s since deploying the type to the region late last year, the Ministry of Defence has revealed.

Details of the combat activity were disclosed during a visit to RAF Akrotiri in Cyprus by defence secretary Michael Fallon on 1 March.

The MoD notes that the RAF’s commitment – which is sustained by its 903 Expeditionary Air Wing – represents “the second largest contribution to coalition airstrikes in support of Iraqi forces”. 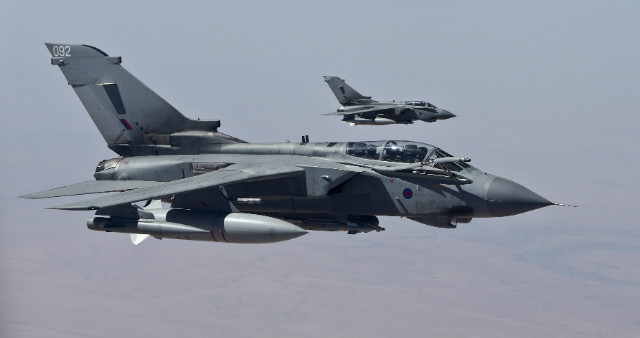 Responding to a question in the House of Lords on 26 February, parliamentary under secretary of state Lord Astor of Hever said that as of 31 January, the UK’s deployed Tornado GR4s and Reapers had “flown 374 missions and released 206 weapons” against Islamic State targets inside Iraq.

The MoD also has revealed that its Akrotiri-based Reapers conducted eight surveillance missions over Syria during January. It had previously given totals of four and one such flights for December and November 2014, respectively.

“No UK Reapers have discharged weapons in Syrian airspace,” the MoD notes.