Investigations have been launched to determine what caused a US Air Force Sikorsky HH-60G combat search and rescue helicopter to crash during a training sortie being flown from RAF Lakenheath in Suffolk, the UK on 7 January. All four crew members died when the aircraft came down at Cley next the sea on the north Norfolk coast at around 7pm local time.

"The aircraft was on a low-level training mission when the crash occurred," the USAF says. 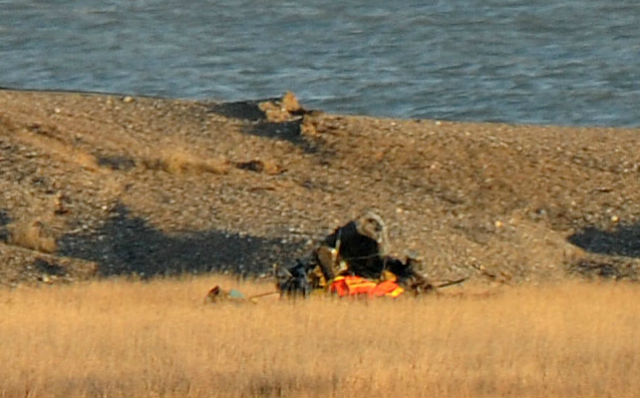 The crew of a second helicopter from Lakenheath landed close to the site shortly after the accident in an attempt to offer assistance, and their aircraft remains on hand (below), due to its location inside a 400m safety cordon which was established by the emergency services. 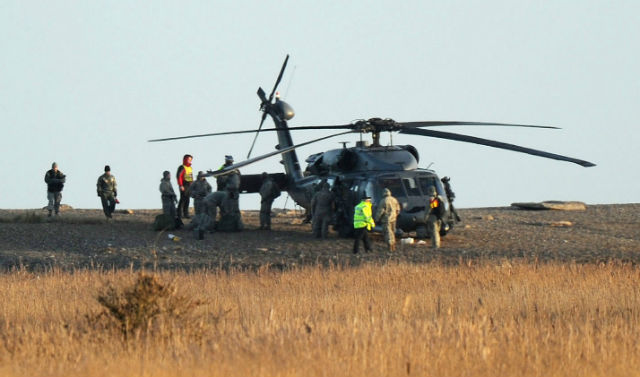 "Inquiries into the cause of the collision, the recovery of the wreckage and second aircraft and an environmental assessment are expected to take a number of days to complete," Norfolk Constabulary said in a statement early on 8 January. "This is difficult terrain, with marshland and tides, coupled with wreckage containing munitions covering a large area," adds Chief Superintendent Bob Scully.

Officials from the UK Ministry of Defence, UK Air Accidents Investigation Branch and the USAF are also at the crash site. 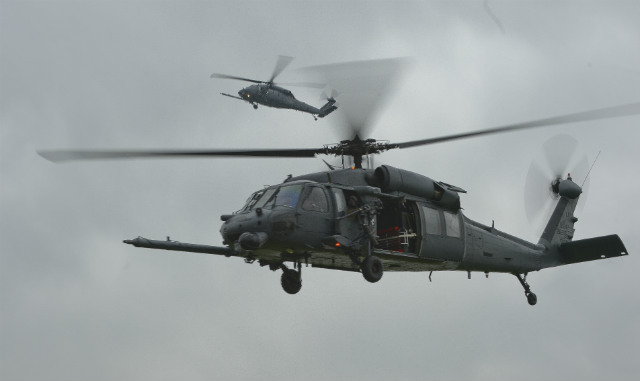 The USAF says the aircraft was assigned to its 48th Fighter Wing at Lakenheath, which also comprises four squadrons of Boeing F-15-series combat aircraft. The accident site is roughly 50 miles north-east of the base.

Flightglobal's Ascend Online Fleets database records the USAF as having had an active fleet of 92 HH-60Gs prior to the loss. Sikorsky recently emerged as the only potential supplier for a planned combat rescue helicopter requirement to replace the type, offering a variant of its MH-60 Black Hawk. However, company officials subsequently voiced concerns that the $7 billion project could be delayed due to budget pressures.