The UK Ministry of Defence has signed contracts worth £1.1 billion ($1.58 billion) to cover the remaining fixed-wing elements of its Military Flight Training System (MFTS) infrastructure. The deals span the provision of a trio of new aircraft types and related ground-based training equipment.

Worth around £500 million and awarded to Elbit Systems/KBR joint venture, Affinity Flying Services, on 2 February, the aircraft package will lead to the introduction of the Grob G120TP – to be named the “Prefect” for the UK – Beechcraft T-6C (below) and Embraer Phenom 100. 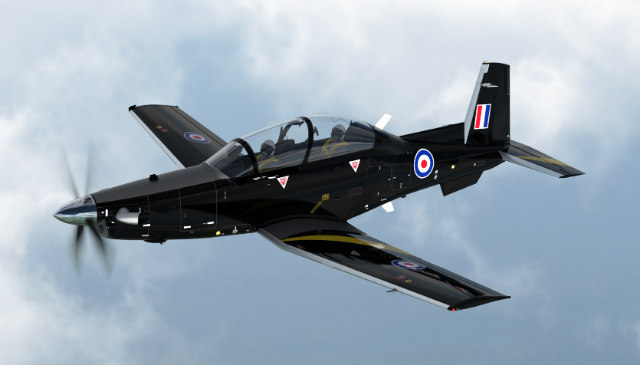 “Elbit Systems and KBR will evenly support and benefit from the programme,” says the former, of the private finance initiative deal. In addition to supplying the new trainers, Affinity will also be responsible for providing maintenance and support services for the entire fleet of types.

Embraer says its subcontract with Affinity "includes support services and an option for additional, follow-on aircraft". Additional demand is expected to stem from the MoD's late 2015 decisions to retain some of its Lockheed Martin C-130J tactical transports in service, and also to acquire nine Boeing P-8A maritime patrol aircraft. 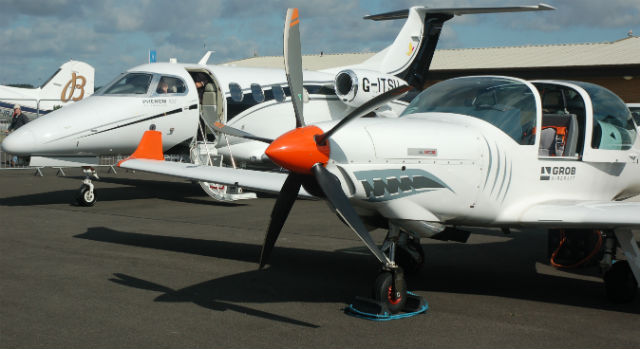 Also included in the £1.1 billion project cost, which will cover activities until May 2033, are contracts awarded to Lockheed Martin and Babcock. These will “deliver all of the ground-based training equipment and infrastructure”, according to Ascent Flight Training; the MoD’s training system partner for MFTS.

Industry sources suggest a contract for the rotary-wing aspect of MFTS could be signed within two months. This will provide replacements for the Airbus Helicopters AS350s and Bell Helicopter 412s operated by the tri-service Defence Helicopter Flying School. Candidate types include models on offer from AgustaWestland and Airbus Helicopters.