Bombardier on 23 March completed CSeries validation tests at London City airport and expects to receive certification to operate commercial flights to the facility in as little as six to eight weeks.

"The aircraft flew flawlessly. There were no issues," Bombardier's vice-president of the CSeries programme Robert Dewar tells FlightGlobal.

Bombardier began London City certification tests for the CSeries months ago at other airports, performing approaches as steep as 7.5°, says Dewar. That's steeper than London City's 5.5° approach, he adds.

The aircraft landed for the first time at London City on 22 March, completing four validation and demonstration tests that day and four on 23 March, the company says.

"The aircraft performance is either on spec, or in many cases better," says Dewar. "We will actually be able to do more than we said."

The aircraft at London City on 22 March. 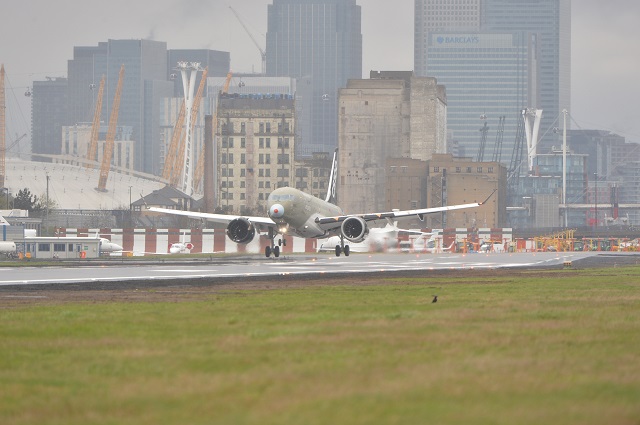 "The CSeries was the only aircraft that was conceived from the very beginning and designed specifically to operate from London City," he says. "Once we can do London City, we can do any other challenging airport."

In a two-class configuration, a CS100 will have a range of 2,200nm from London City, allowing flights to cities as distant as Moscow or Reykjavik, Dewar says.

"This is the largest aircraft that can fly the most payload the longest distance out of London City airport," says Dewar. 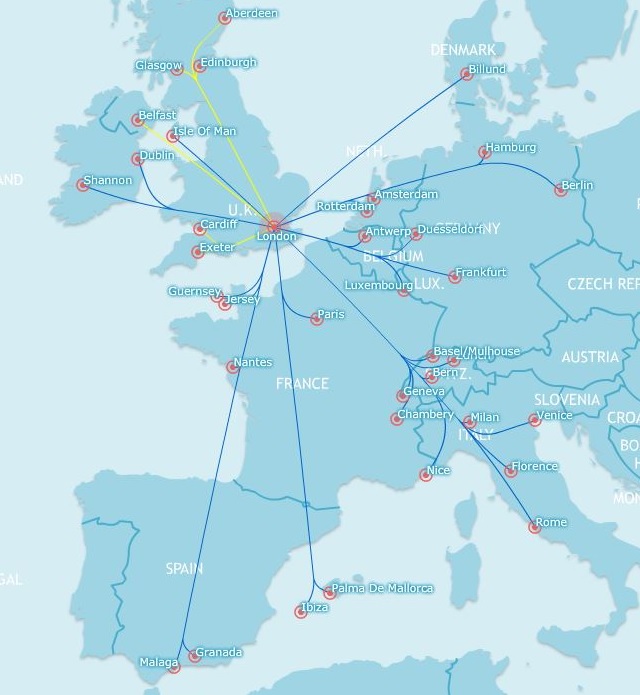 Despite a delivery pause in early 2017, Bombardier remains on track to meet a goal of 30 to 35 CSeries deliveries in 2017, Dewar says.

The company delivered the first aircraft of the year, a CS100 to Swiss, earlier in March, and expects to deliver another aircraft next week and third the following week, Dewar says.

He adds that Pratt & Whitney, which has suffered delays in delivery of the CSeries' PW1500G geared turbofans, remains on track to meet a revised delivery forecast.

The engine maker's GTF production had been slowed by a shortage of parts, including hybrid metallic fan blades, but P&W has said new blade factories in Japan and Michigan will help eliminate the parts shortage.