WestJet's soon-to-launch discount unit Swoop has released a time-lapse video of a Boeing 737-800 being painted in the carrier's livery.

Swoop, which is scheduled to begin flights on 20 June, also released photographs of the interior of its aircraft.

Swoop plans to get airborne with a flight from Hamilton, a city southwest of Toronto, to the western Canadian city of Abbotsford on 20 June.

Swoop will launch with one 737-800 and begin operating a second aircraft on 25 June, it says. A third aircraft will join Swoop's fleet in July, followed by a fourth in August, with the fleet swelling to six 737-800s by the end of the year.

The unit will operate ten 737-800s by the third quarter of 2019, chief executive Ed Sims said during the company's first quarter earnings call on 8 May.

Swoop aircraft will have 150 economy seats and 39 "extra legroom seats", which will have an additional 4-6in (10-15cm) of space, says the company. 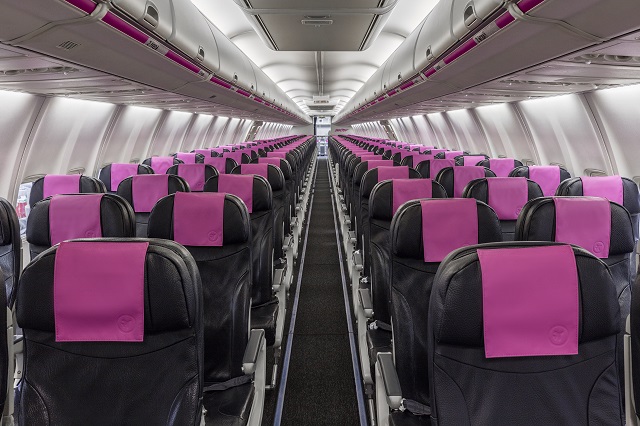 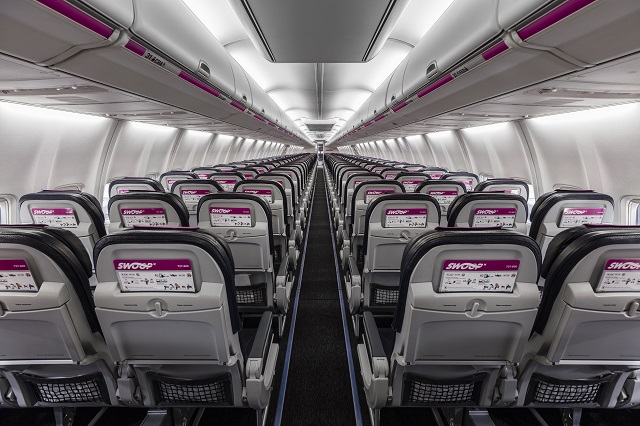 Those extra seats and cost savings that include lower pay rates for staff will help Swoop obtain a cost per available seat mile that is 40% less than WestJet's costs, executives have said.

But Swoop's pending launch comes amid an escalating pilot dispute that has left WestJet open to the imminent threat of strike.

The Air Line Pilots Association, International (ALPA) and WestJet have been negotiating an initial contract, but have been unable to reach teams.

The company initially intended for pilots from WestJet and regional subsidiary Encore to transfer temporarily to Swoop, but ALPA successfully blocked that plan.

WestJet has since changed course and now says pilots hired from outside the company will initially operate Swoop aircraft.

Pilots have been legally able to strike since 19 May, but they have not walked off the job and negotiations have continued.

Sims has insisted the pilot threat will not derail Swoop's launch plan.