A Virgin Atlantic Airbus A330-300 and an EgyptAir Boeing 777-300ER were both damaged after their wing-tips clipped at New York's John F Kennedy International airport.

A tweet from the Port Authority Police Department confirms that both aircraft returned to the terminal and that there were no injuries.

One image on social media show the wing-tip of the Virgin A330 completely shorn off, and being transported in the back of a pickup truck. 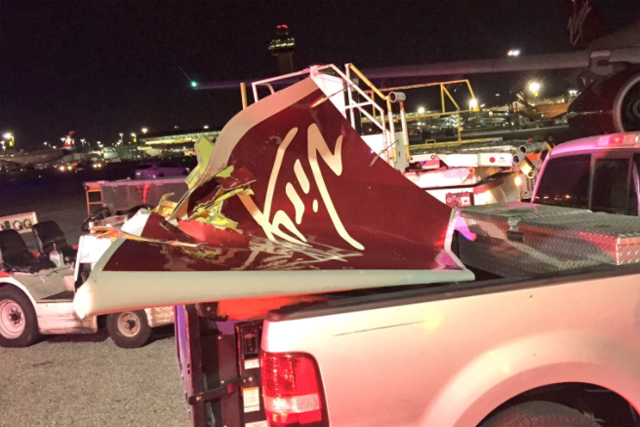 Both aircraft were apparently taxiing to depart when the accident occurred.

Flight tracking websites indicate that the A330's registration is G-VRAY, while the Egyptair 777's is SU-GDL, but the airframe identities have yet to be confirmed.