Airbus to deliver first US-built A321 on 25 April

Airbus will deliver the first US-built Airbus A320 family aircraft to JetBlue Airways on 25 April.

The aircraft, an A321, will be handed to the New York-based carrier at a ceremony at Airbus' facility in Mobile, Alabama. JetBlue chief executive Robin Hayes and Airbus chief operating officer for customers John Leahy will attend the event.

Hayes told Flightglobal late last month that he expected the aircraft to be delivered in "late April".

The A321 made its first flight on 21 March. It bears the manufacturer's serial number 6512 and registration N965JT, Flightglobal's Fleets Analyzer shows.

Airbus officially opened the Mobile facility on 14 September 2015, although the site was up and running for several months prior to that. The final assembly line will produce up to four A320 family aircraft each month by 2018. 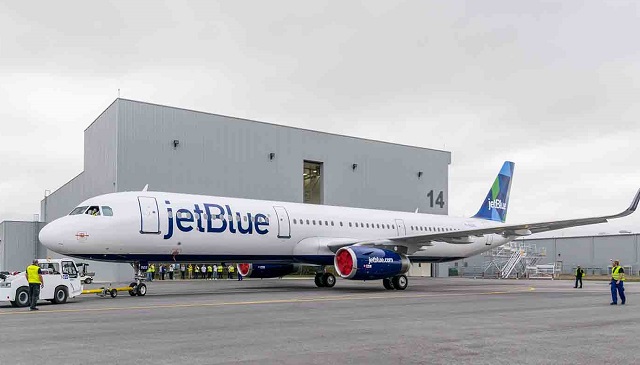