Boeing has released images of its initial 777X static-test airframe, providing a better look at the manufacturer's latest widebody twin.

The airframe, a -9 variant, was rolled out of Boeing's Everett, Washington production facility in recent days. 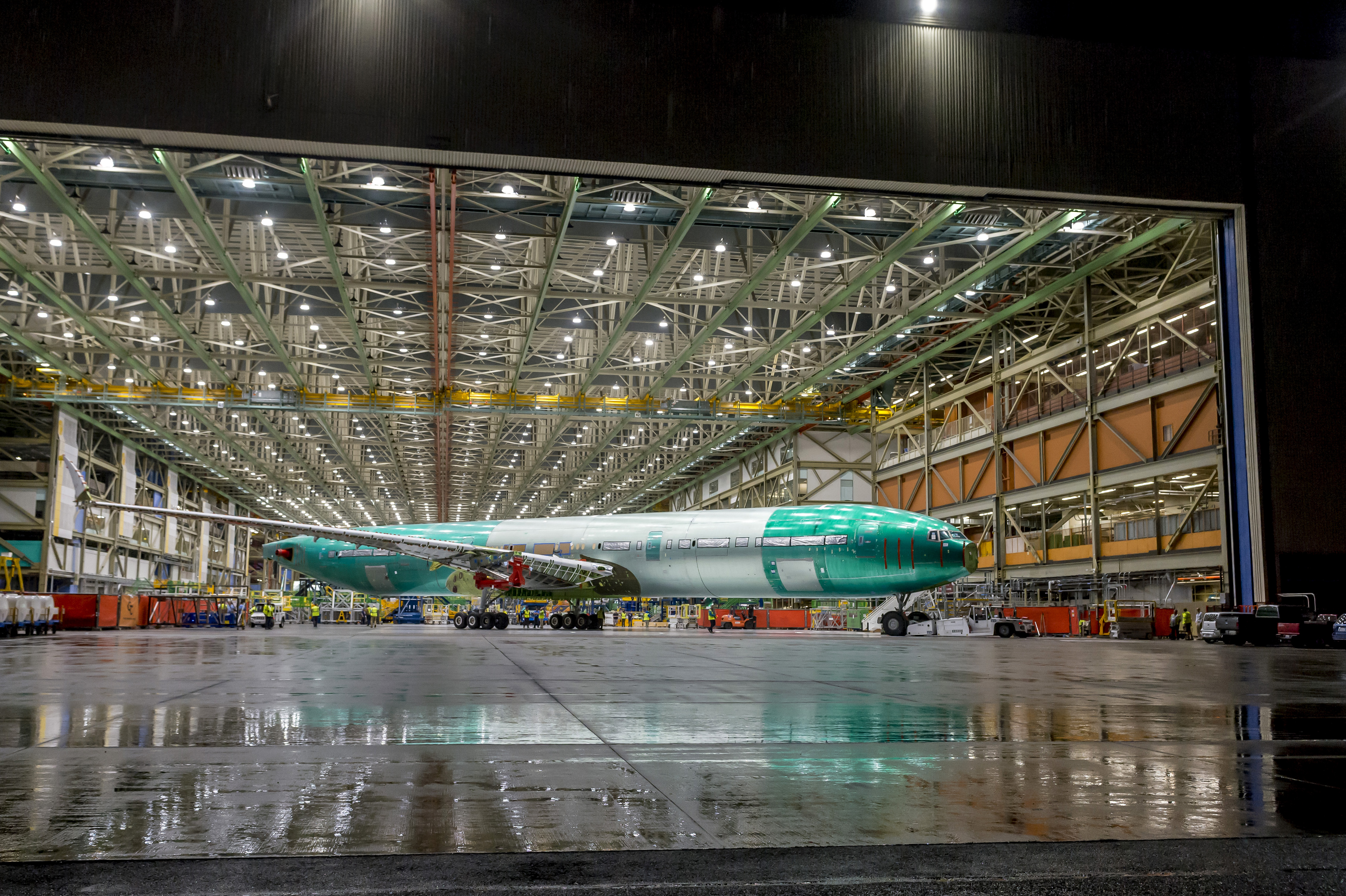 While largely complete – with its composite wing mated to the fuselage – the test article still lacks its vertical fin, as well as engines and avionics systems.

In addition, although the wingtips are installed, the airframe is not equipped with the Liebherr-supplied folding mechanism for the structures.

The tips of the 777X's wings are designed to fold while on the ground, reducing the wingspan from 72m (236ft) to 65m and allowing the twinjet to access current airport parking gates. 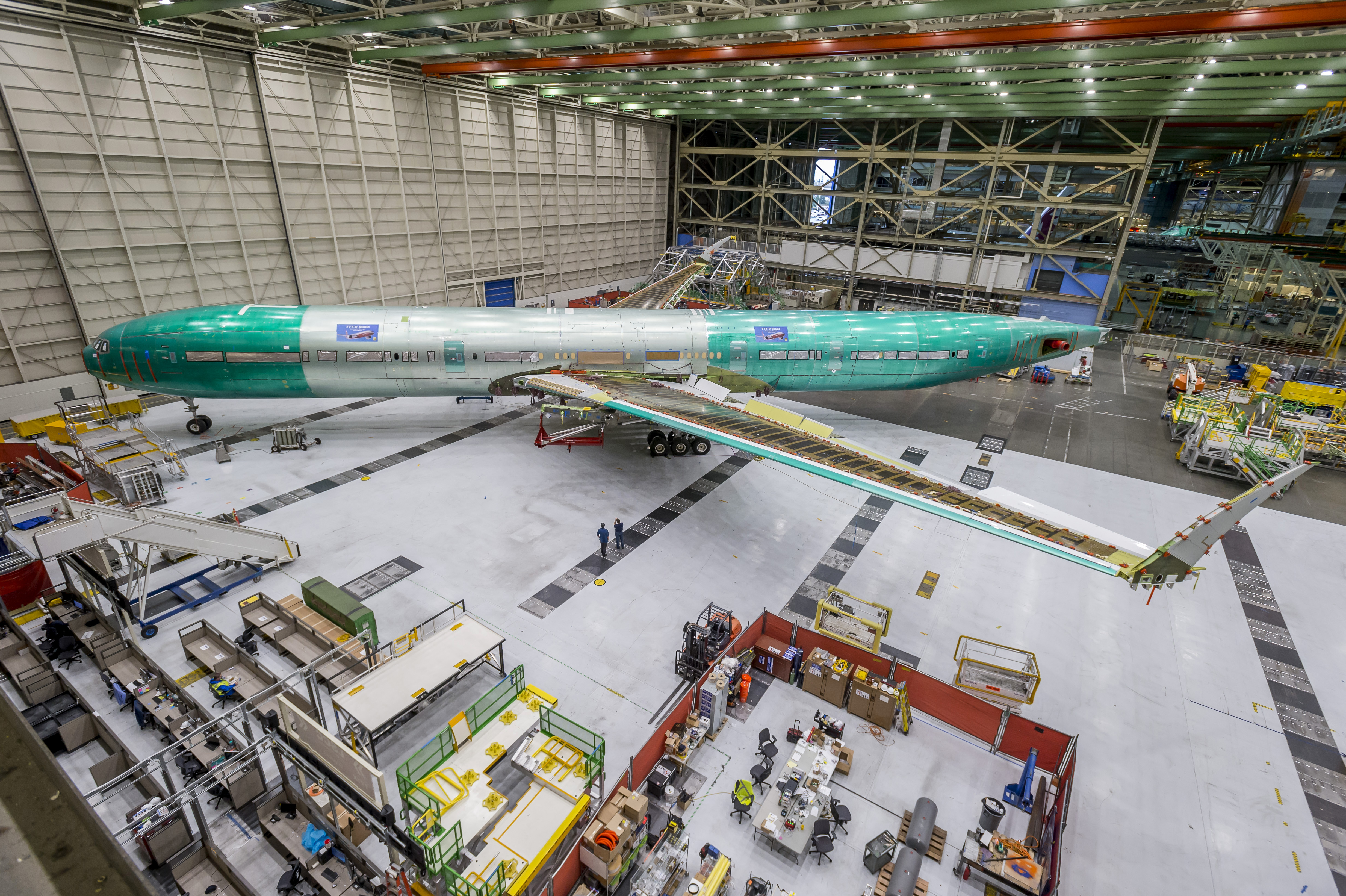 Boeing expects the 777-9, the lead variant, to make its maiden sortie in 2019, with first delivery following the year after. The smaller but longer-range -8 will enter service two years later. Both variants are powered by GE Aviation GE9X engines.

The airframer holds 326 combined firm orders for the 777X family.