AirTanker has received the 13th of the Royal Air Force’s Airbus Defence & Space A330-200 Voyager tanker transports, ahead of a planned civilian conversion of the type.

Future Strategic Transport Aircraft (FSTA) 13, carrying the registration EC-332, was delivered to RAF Brize Norton in Oxfordshire on 24 February from the manufacturer’s Getafe, Spain site, and will undergo modifications to take it from a military to a passenger-carrying configuration.

This activity should be complete “later this spring”, at which point it will be added to the civilian register as G-VYGM. It will then be available for commercial leasing from August, AirTanker says, providing last minute availability for airlines.

Notably, work that is expected to take place on the aircraft includes additional seating that will take capacity to 303 from the standard Voyager configuration of 291.

“We are pleased to have taken delivery of our latest aircraft and excited about our plans to enter the ACMI [aircraft, crew, maintenance and insurance] sub-charter market,” Neil Huston, AirTanker services aircraft leasing manager, says. “We are confident there is a gap in the market for a good-quality, short-notice provider of wide-bodied aircraft availability, and that we can succeed in this market offering ad-hoc and short-term lease capability with our A330-200 aircraft.” 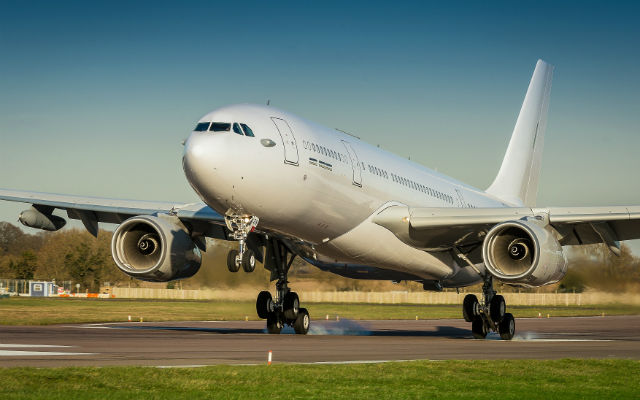 Of the 14 Voyagers included in the UK’s FSTA fleet, nine are in the RAF’s “core” fleet, and the other five are considered 'surge' aircraft. The late February delivery contributes to the latter.

One of the five surge aircraft – registration G-VYGK – was delivered to holiday provider Thomas Cook in 2015, and will be leased by the airline until 2018. The Voyager is then expected to return to military service, Flightglobal’s Fleets Analyzer database shows.

The UK’s Strategic Defence and Security Review, published in November, confirmed the fleet will be available for VIP transport, provided through a roll-on, roll-off system that can be applied to any of the aircraft when required.

The final Voyager is still at Airbus’ Getafe site near Madrid, and is expected to be delivered in 2016 before also being converted to a civilian configuration.