The Dash 8 turboprop may have just received the adrenaline injection it has needed for a decade.

Free from CSeries-consumed Bombardier, the regional airliner now lives on under De Havilland Aircraft of Canada, a company that believes it has the resources and willingness needed to move the turboprop into a new chapter.

De Havilland, a unit of Longview Aviation Capital, has only run the Dash 8 programme for three months, but it is already planning product upgrades and a North American sales push.

“The constant question coming back is, are you going to do something to replace the existing 50-seat turboprops?” says Young, who heads the company. “The… Dash 8-400 is capable of being stretched. It’s also capable of being shrunk. We are looking at all options.”

Now an only child under De Havilland, the Dash 8 will get that company’s undivided attention, Young says.

“We now have a company that’s totally focused on the Dash 8. I think that’s going to prove dividends over the long haul,” he says. “We are looking at what we can do to… bring the Dash 8 product line to the worldwide market and build these airplanes for many years to come.”

Addison Schonland, partner at consultancy AirInsight Group, agrees the Dash 8 is better off at De Havilland than Bombardier, which had put all its resources into the CSeries. Despite Bombardier’s best efforts, the CSeries was ultimately taken over by Airbus and re-christened the A220.

“Bombardier was the wrong place,” he says. “CSeries sucked all the air out of the room and all the money out of the bank. It took everything.”

De Havilland has established its headquarters at the Downsview site in Toronto where Dash 8s are produced. “Our sales team wakes up every morning thinking about how they can sell Dash 8s,” says Young. The same goes for procurement and marketing staff.

The company already has several Dash 8 improvements in mind. It first plans upgrades to the in-production, 76-seat Dash 8-400, potentially beginning after the start of the next fiscal year in November. Avionics improvements, fuel efficiency tweaks, LED cabin lights and aircraft health management products are among changes being evaluated, Young says.

North American airlines operate about 870 aircraft in the 50-seat category, the vast majority being aging CRJs and Embraer ERJs, according to Cirium fleets data.

Those types are long out of production and few replacement options exist beyond ATR’s 42-600 turboprop. As a result, United Airlines is actually ripping seats from 70-seat CRJ700s to create 50-seaters dubbed CRJ550s.

Other manufacturers have eyed similar opportunities, particularly for a larger turboprop. ATR looked into developing a 90-seater but dismissed the idea. Embraer has considered it, too.

“We spent a lot of time knowing that under Bombardier we would never do a 50-seat programme,” says Young. 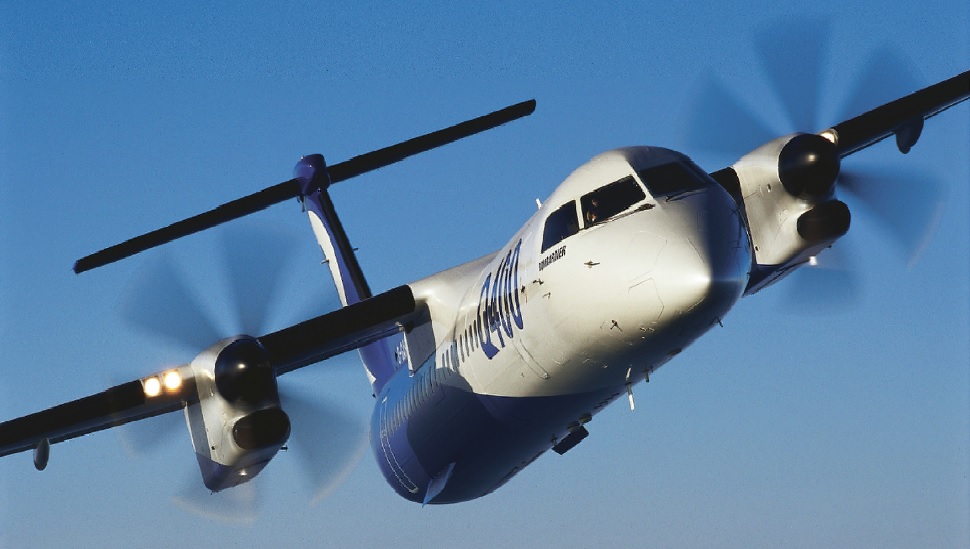 A $300 million payment on 1 June from Longview to Bombardier for the Dash 8 programme included type certificates for four variants and product support.

Some 1,200 former Bombardier staff – about 98% of those eligible – transferred to De Havilland, says Young.

The company can continue producing Dash 8-400s at Downsview until at least 2023, when a lease expires. But Young hopes to negotiate an extension.

“Of course, our first choice would be to stay even longer,” Young says.

Instead of bringing the Dash 8 under Viking’s wing, Longview placed it with newly created De Havilland, reviving that storied brand. Young says no plans exist to merge De Havilland and Viking. De Havilland has not disclosed details about its funding or financial state. 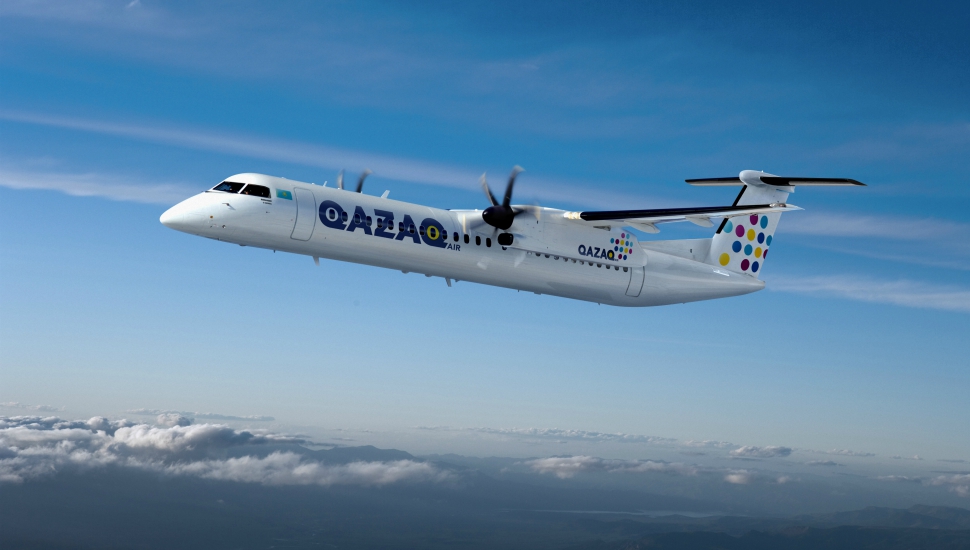 De Havilland created a new sales team under vice-president of sales and marketing Philippe Poutissou, a former Bombardier marketing and sales executive. The sales team stands at 80% of its planned strength, says Young.

“Our first step is to go out and touch and connect with all of our customers,” he says. “They envision an improved focus on the product.”

Though ATR has proved a formidable competitor, Bombardier had landed notable Dash 8 sales recently with customers in Africa, India and parts of Asia. Bombardier also invested some money on the Dash 8-400, recently certifying a packed 90-seat variant.

Young likewise sees opportunity for additional sales to customers in Africa and Asia. He also sees demand for special-mission-configured Dash 8-400s, such as those outfitted for government or fire bomber work.

But De Havilland has bigger ambitions: to focus sales efforts on its “fortress markets” in North America, where many of its prime customers operate, says Young.

“We are going to put a big effort into seeing if we can penetrate the US market much better than we had in the past,” says Young. “We do recognise its not going to be an easy win,” he says.

Story updated on 26 August to correct figures related to the number of Dash 8s operated by North American airlines.