Australian F-35s rolled out in Texas

Australia’s first pair of F-35 Lightning II combat aircraft have been rolled out, during a ceremony at Lockheed Martin’s Fort Worth final assembly site in Texas. They are the lead examples of at least 72 aircraft to be produced for the nation, under an acquisition worth a projected A$12.4 billion ($11.6 billion). 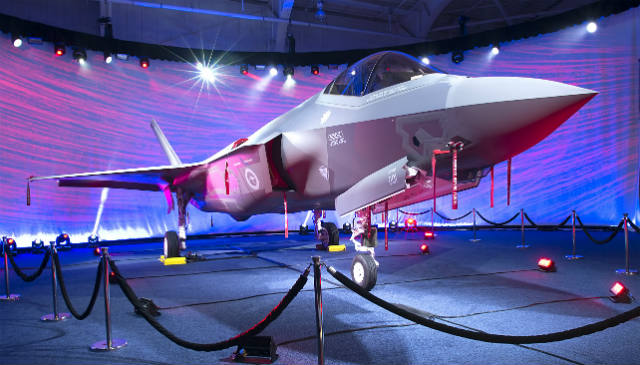 Following the 24 July event, training aircraft AU-1 and AU-2 are to undergo functional fuel system checks before being transferred to the flight line for ground and flight tests that are due to occur “in the coming months”, says Lockheed.

The two aircraft will be formally delivered to the Royal Australian Air Force later this year before being transferred to the US Air Force’s Luke AFB in Arizona, the main international training base for the stealthy F-35.

“Initial RAAF pilot training will begin in the United States in 2015, and from 2018 the Australian Defence Force will commence ferry flights of JSF aircraft to Australia,” the service says.

Lead operational unit 3 Sqn will become operational in 2021, according to the RAAF, with this being the first of what is currently planned to be three frontline units equipped with the conventional take-off and landing F-35A at the Tindal and Williamtown bases. A training squadron will also operate the type from the latter location, with a total of 72 aircraft scheduled to be fully operational by 2023.

Being acquired via Project Air 6000, Australia’s F-35As will replace its legacy fleet of Boeing F/A-18A/B Hornets.

“In the future, a fourth operational squadron will be considered for RAAF Base Amberley, for a total of about 100 F-35As,” the air force says. 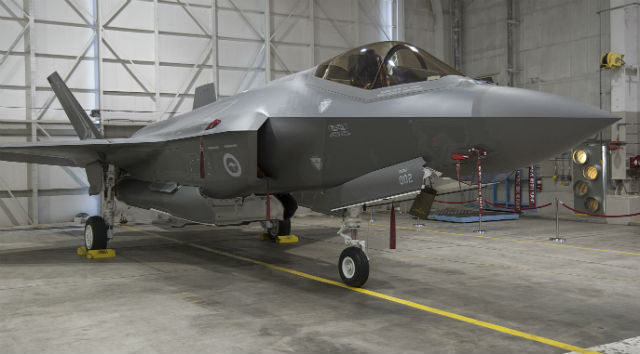 Canberra says 30 Australian companies have so far secured workshare worth $412 million on the F-35 programme.

“The US-Australian alliance and engagement on collaborative defence programmes is crucial to Australia maintaining the capability edge it needs,” says senator Mathias Cormann, who represented its Department of Defence at the roll-out event.