A week after the cancellation of the Lockheed Martin-led Aerial Common Sensor (ACS) programme, Boeing has unveiled a new signals intelligence (SIGINT) concept based on the P-8A maritime patrol version of the 737 narrowbody airliner (Boeing's artist's impression pictured below). 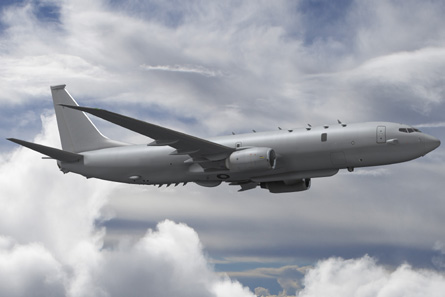 The US Department of Defense is now assessing its future airborne intelligence, surveillance and reconnaissance (ISR) needs in the wake of the decision to cancel the ACS programme, which was to use the Embraer ERJ-145 as a platform.

One option the Pentagon is investigating is upgrading the ACS platform to a larger size or merging the requirement with an existing programme. The US Navy already plans to buy 108 P-8A Multi-mission Maritime Aircraft and Boeing will hope to convert this into orders further military orders for 737 variants.

The 737 SIGINT would be used on high-altitude missions to eavesdrop on electronic transmissions and relay information to military commanders. A cutaway showing interior mock-up is pictured below. 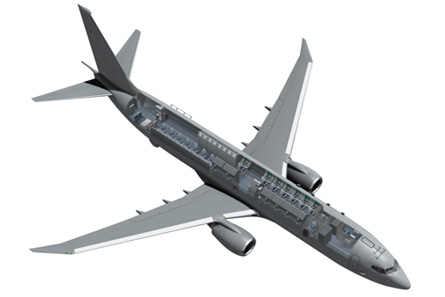 The P-8A team included Northrop Grumman, Raytheon, Smiths Aerospace and CFM International and the airframer will seek additional partners to develop the SIGINT variant, it says.

Boeing vice president maritime systems Tony Parasida says using the 737 platform means reduced operating and maintenance costs. "We think this affordable variant not only provides the US DoD with options for current and future airborne ISR requirements, but also is adaptable to any international SIGINT mission sets," says Parasida.