Leonardo has flown the production-standard version of its M-345 jet trainer, as it works towards service entry with the Italian air force in 2020.

Performed from the company's site in Venogono Superiore in the north of Italy, the sortie was conducted by test pilots Quirino Bucci and Giacomo Iannelli. 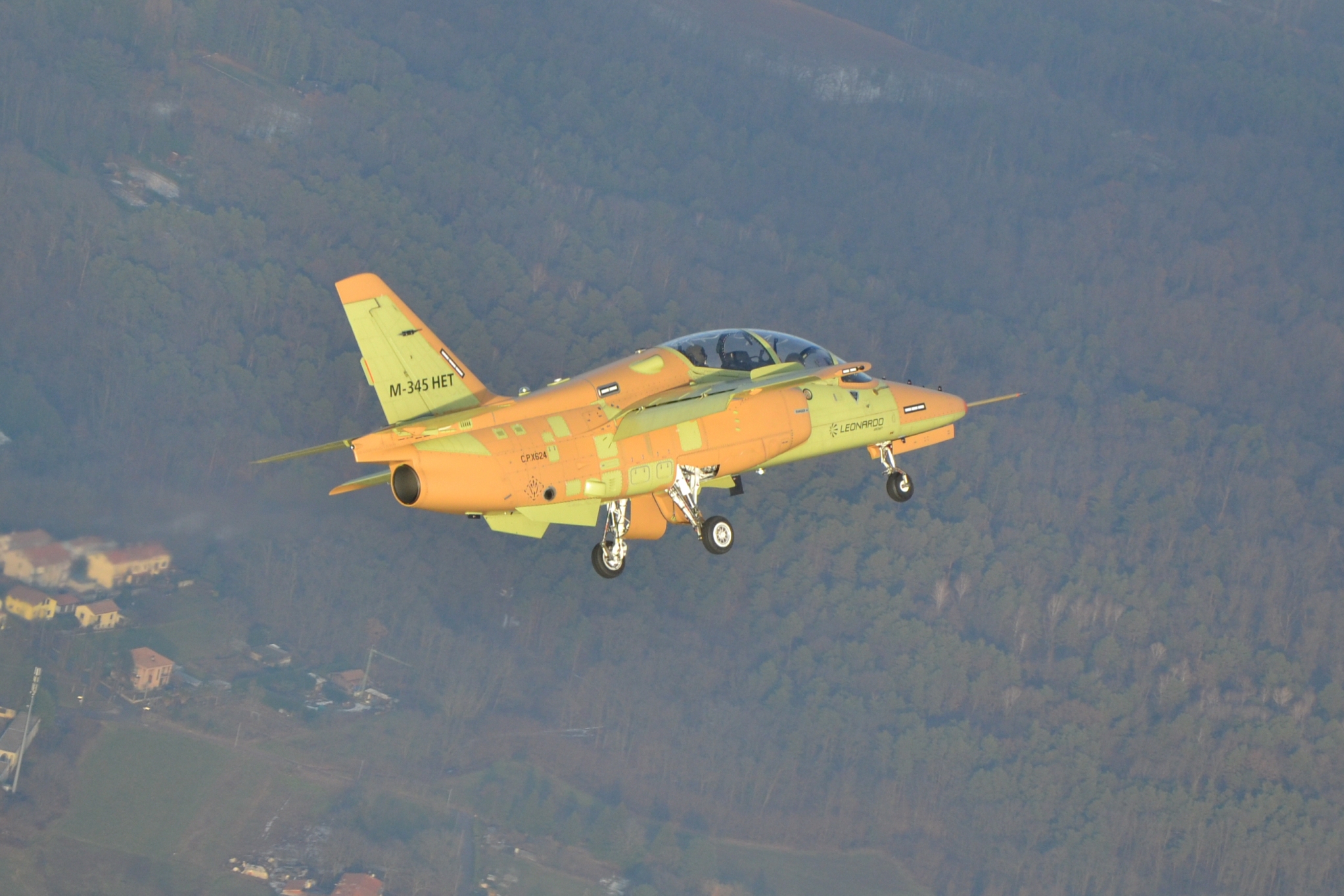 Launch customer Rome has so far ordered five M-345s from an eventual requirement of 45 examples as it looks to progressively replace its air force's fleet of 137 Aermacchi MB-339s, including those flown by its Frecce Tricolori aerobatic display team. Deliveries will begin in 2020.