The first of four Airbus A330 Multi-Role Tanker Transports (MRTT) has arrived in South Korea, where it will undergo acceptance tests.

Piloted by an Airbus and Republic of Korea Air Force (ROKAF) South Korean air force crew, the aircraft conducted its ferry flight to Gimhae air base from Getafe, Spain with a stop in Vancouver, Canada. Gimhae Airbase is located next to Busan’s Gimhae International Airport.

The aircraft will undergo ground and flight tests before being formally handed over. 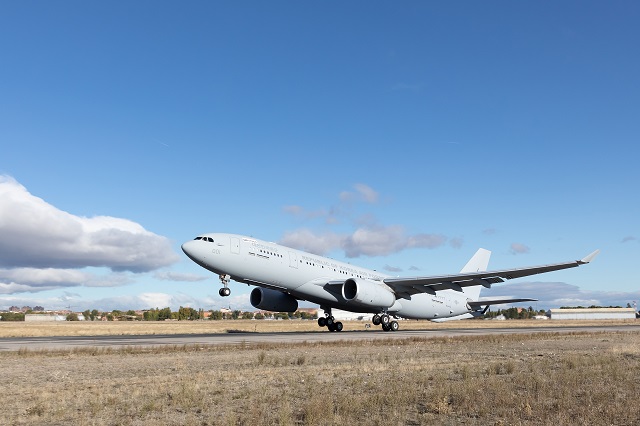 In June 2015, Seoul down selected the A330 MRTT, beating Boeing’s KC-46A Pegasus and Israel Aerospace Industries (IAI) 767-based design.