USAF aims to save fuel with new data collection effort

The US Air Force is aiming to improve how efficiently it uses fuel by collecting data on consumption across all of its fleet.

Previously, the USAF had not captured and retained sufficient aviation fuel data to accurately evaluate its operations, the service said. For example, only about 30% of USAF fuel use was captured in a sortie-level database in 2017.

As part of its Operational Energy Data Collection Strategy, established in 2018, the USAF is trying to gather information on all of its fuel usage. The initiative is led by the Air Force Operational Energy office and is partly prompted by the service’s war-gaming priorities, which are examining the role of fuel consumption and logistics in military operations.

As part of the strategy, the USAF is establishing best practices for fuel use by its largest consumers of aviation fuel, such as the Boeing C-17A transport and KC-135 aerial refueling tanker. 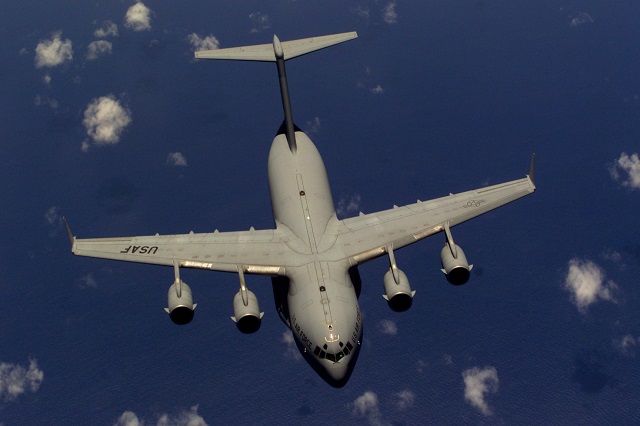 The service is also looking to save weight on aircraft parts. In 2018, the USAF says it replaced heavy metal chains with lightweight synthetic tie downs and winch cables on the C-17A, reducing weight by approximately 454kg (1,000lb) per aircraft.

The strategy is also changing the way the USAF flies. In recent years, the service directed fifth generation fighters to be flown closer to maximum range airspeed during coronet missions, flights which deliver or rotate aircraft to and from overseas bases. According to the USAF, the faster speed decreases overall fuel consumption by about 6%, and reduces flight hours by about 10%.