UK leisure carrier Jet2 is acquire 15 more Airbus A321neos, on top of the 36 firm orders for the type it announced at the end of August.

The airline says the 15 aircraft covered under the latest deal will be delivered between 2026 and 2029. It adds that terms of the agreement are “substantially the same” as those approved in placing its earlier order. 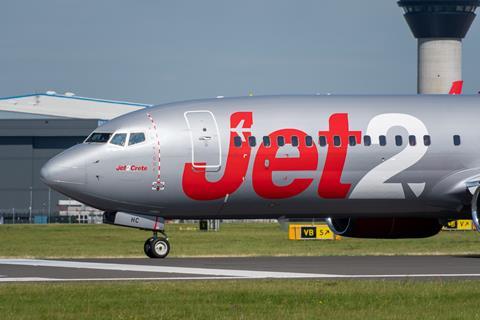 Jet2 says the fresh deal is in addition to its firm order for 36 A321neos, a commitment it has flexibility to increase to 60 aircraft.

The airline says the commitment for up to 75 aircraft has a value of $10.1 billion, though notes it has negotiated ”significant discounts” from the list price.

“The company will retain flexibility in determining the most favourable method of financing the aircraft, which will be through a combination of internal resources and debt,” its adds.

Jet2 has been a predominantly all-Boeing operator, prior to announcing its order for Airbus narrowbodies earlier this year.