India’s Directorate General of Civil Aviation (DGCA) has received more requests to deregister five aircraft that were operated by Jet Airways, comprising three Boeing 737-800s, one 737 Max 8, and an ATR 72-500. 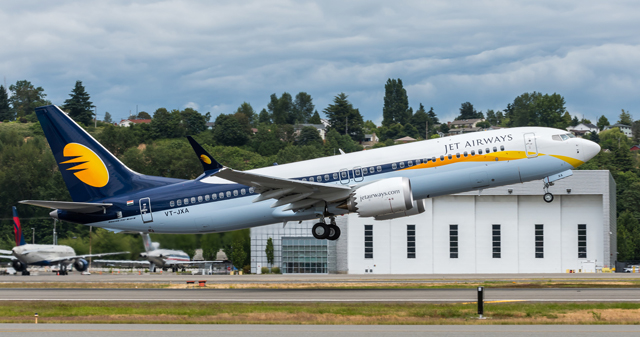 The latter request appears to have been filed by Wilmington Trust, which is named as the mortgagee of the aircraft.

Again, the ATR request appears to have been filed by Investec Bank, which is the mortgagee. Its owner is listed as INV Jet Leasing, which has a Dublin address.

As of 8 May, the DGCA has requests covering 14 aircraft pending and completed 60 deregistrations of aircraft that were formerly operated by Jet Airways.

Cirium’s Fleets Analyzer shows that five of the 737-800s that were operated by Jet have been lease to SpiceJet. Four of those are managed by Avolon and one by Aircastle.