What training experience should companies look for when taking on a contract pilot or crew?

Many managers of small flight departments will be familiar with the scenario. The CEO has called to let you know that she needs to make an unscheduled trip to sign an important international business deal. You have three crew rated to fly your company’s flagship jet. However, one is on vacation and a second has just called in sick. You urgently need a qualified substitute to fill the vacant seat.

Unlike the airline world – with its large pools of employee pilots, often inter-changeable across the fleet – the use of contract crew in business aviation is commonplace. Reasons can range from bedding in a new type while in-house pilots get up to speed, or to cover leave and other unplanned absences, such as in the example above. 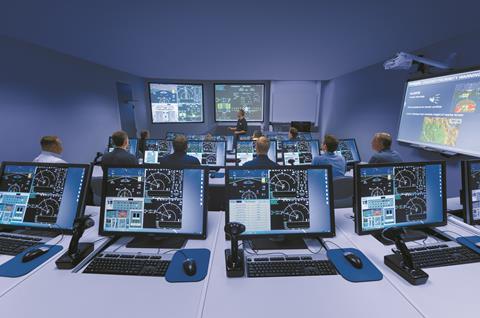 Flight department managers tend to source these freelance contractors either through personal contacts – a pilot they have used before or who comes recommended by a colleague – or by turning to agencies. However, while these specialist personnel houses ensure any stand-in is qualified and proficient, they will not necessarily provide much detail beyond the pilot’s hours on type.

Most flight departments will want to know more. A promising candidate may have plenty experience flying a Gulfstream between New York and West Palm Beach, for instance, but if the mission involves a transatlantic flight to an unfamiliar airport in West Africa, that may not be enough, says Richard Meikle, executive vice president of safety and compliance at FlightSafety International.

“While there are commonalities among standard operating procedures, the devil is in the detail”

Another challenge when it comes to bringing an outsider into the cockpit is a particular company’s standard operating procedures (SOP). Every operator’s SOPs are unique and adherence can be vital to the smooth running of the flightdeck, even to safety. It might come down to something as seemingly minor as whether it is the captain’s or first officer’s job to put the gear up after rotation. 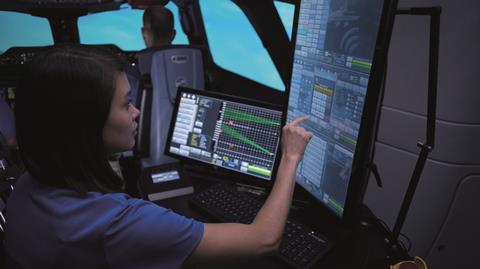 FlightSafety trains pilots to a consistent set of SOPs

“While there are commonalities among standard operating procedures, the devil is in the detail,” says Brian Moore, FlightSafety’s senior vice president of operations. “When you put an unknown pilot in the cockpit, how can you be sure how they will react? A slight misunderstanding could cause situational awareness in the cockpit to be substantially degraded. If the contract pilot does something unexpected, it could put the flight at risk.”

One solution is to recruit pilots who have been trained to a consistent set of SOPs, such as those used by FlightSafety across its programmes, suggests Meikle. “That way if a flight department knows the pilot has been FSI SOP-trained, they can explain the differences with the flight department’s SOPs, then put him in the aircraft, and operate with confidence.” he says. “The pilot is a known quantity and the risk is mitigated to the extent possible.”

A major potential downside of the contract pilot system is that agencies do not tend to fund training on behalf of those on their books. It is incumbent onmthe pilot to ensure they are trained beyond the minimum required to remain qualified on type. But what incentive does that individual have for professional self-improvement? There are two drivers, says Miekle.

The first is to make ongoing training appealing to the pilots themselves, both by convincing them it will improve their job prospects, but also making it affordable, something FlightSafety does with courses aimed specifically at freelancers. “We do recognise that contract pilots are often self-funding their training, so we do have a programme that eases the burden a bit,” says Moore.

The other is by convincing the ultimate customer – the owner of the jet – that it is not in their interest to tie the hands of the flight department by “chasing the lowest price for contract pilots,” says Moore. “The flight department has to be prepared to have that conversation with the people in the back, to sell the concept that the daily rate should not drive selection.”

A flight department should also try to find out about the contract pilot’s attitude about professional learning, believes Moore. “Are they customizing their own training? Are they invested emotionally in personal development, or are they of the cooperate and graduate philosophy? Do they just want to get in and out and make some money?”

He draws a parallel with how private patients choose a specialist medical professional. “You would certainly want one who had plenty experience doing the same procedure,” he says. But you would also look at the number of conferences and courses they had attended. Maybe not to be perpetually in school, but to have real world experience, with a good balance of training in between.”