Swiss helicopter developer Kopter plans to set up final assembly bases for its SH09 in the USA and Asia-Pacific over the next four years to cater for anticipated strong demand from those regions for the eight-seat, light-single.

Initial production of the new helicopter will take place at Mollis in Switzerland.

The move comes as Kopter – formerly known as Marenco Swisshelicopter – closes in on Swfr250 million ($250 million) of investment, which will help fund its global manufacturing and support infrastructure, complete development of the SH09, and fund new product innovation.

Kopter says the USA will be its largest market and plans to announce the location of its final assembly plant at the HAI HeliExpo show in March.

It has not yet selected a site for its Asia-Pacific base, but expects the facility to be ready in 2023. Given the region's demand for single-engined helicopters, it could overtake the USA as biggest market for the SH09 within two decades, says Kopter chief executive Andreas Löwenstein.

“We are experiencing huge interest for the SH09 from China, Japan, Australia and a few other countries, which is encouraging us to set up a production and delivery capacity there,” says Löwenstein.

But Mollis will remain Kopter’s “industrial backbone”, he adds. “We will produce our dynamic components in Switzerland, knowing that the country is highly recognized for its precision and mechanical skills.” 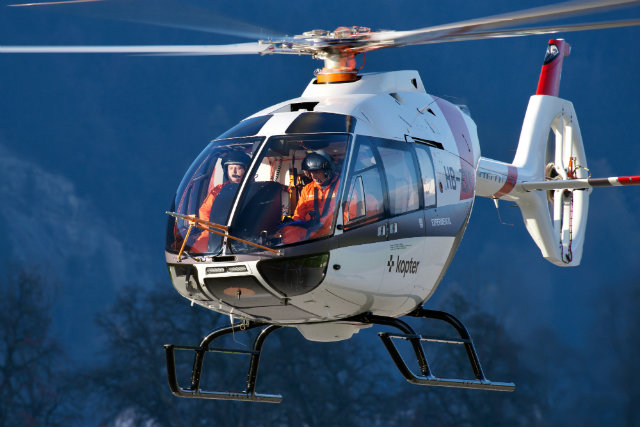 Assembly of two production-conforming aircraft is under way at Mollis, and the pair are scheduled to join the flight-test campaign in the third and fourth quarters, respectively.

To be based in Sicily, PS4 will be used to evaluate the helicopter's, avionics and airfield performance and will also be used for load survey and human factors certification. PS5 will undergo cold weather trails in Fairbanks, Alaska, during the northern winter, says Löwenstein.

The Honeywell HTS900-powered SH09 is targeted at a range of markets including VIP charter, corporate, utility, air ambulance and law enforcement; Kopter has secured 65 orders for the type to date. Customers include Switzerland's Air Zermatt and Alpinlift Helikopter, Helitrans of Norway, US operators Papillon, and Paradise Helicopters, along with SAS (Malaysia). 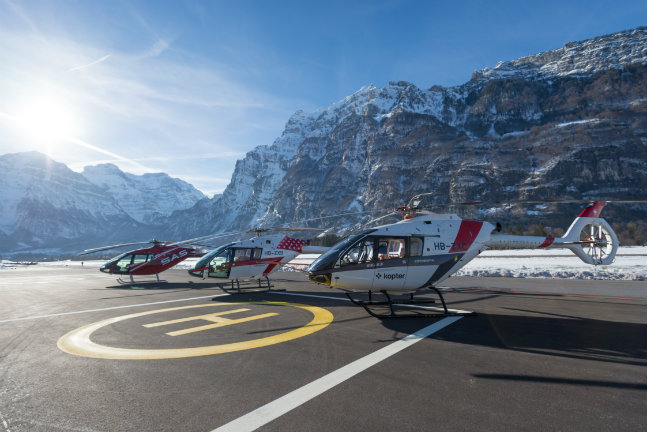 Certification is scheduled for the first half of 2020, with deliveries to start soon after. Löwenstein says Kopter’s strategy is to ramp-up “carefully” in order to ensure a “maximum level of safety and quality together with our suppliers”.

The first SH09s will be delivered to selected launch customers to allow Kopter to gain “rapid experience and maturity for the fleet”, Löwenstein adds.

Production will be ramped up in parallel, reaching “triple digit” output from 2024 across the three production sites.

Kopter has been financed to date by a private shareholder, Russian financier Alexander Mamut, who has committed around Swfr350 million to the project.

Response from outside investors for an additional Swfr250 million has been very strong, and Löwenstein says the company has narrowed its choice of stakeholders to single digits.

“We had numerous interested candidates of very different nature, “ he notes. “We expect the final investor [or investors] joining our current shareholder to be of a 'strategic' nature - contributing either important market access or industrial synergies.”