The 787-10 appearing at the Paris air show is one of three of three in the flight-test programme, which is on course to clear certification by mid-2018.

Three aircraft are participating in the 787-10 test effort, including two Rolls-Royce Trent 1000-powered aircraft and one equipped with the GE Aviation GEnx-1B.

"We've essentially completed 30% of our flight-test programme," says Wayne Tygert, Boeing's deputy chief project engineer 787 derivatives development. He says the programme is working towards its target of certification and first deliveries to launch customer Singapore Airlines in the first half of next year. 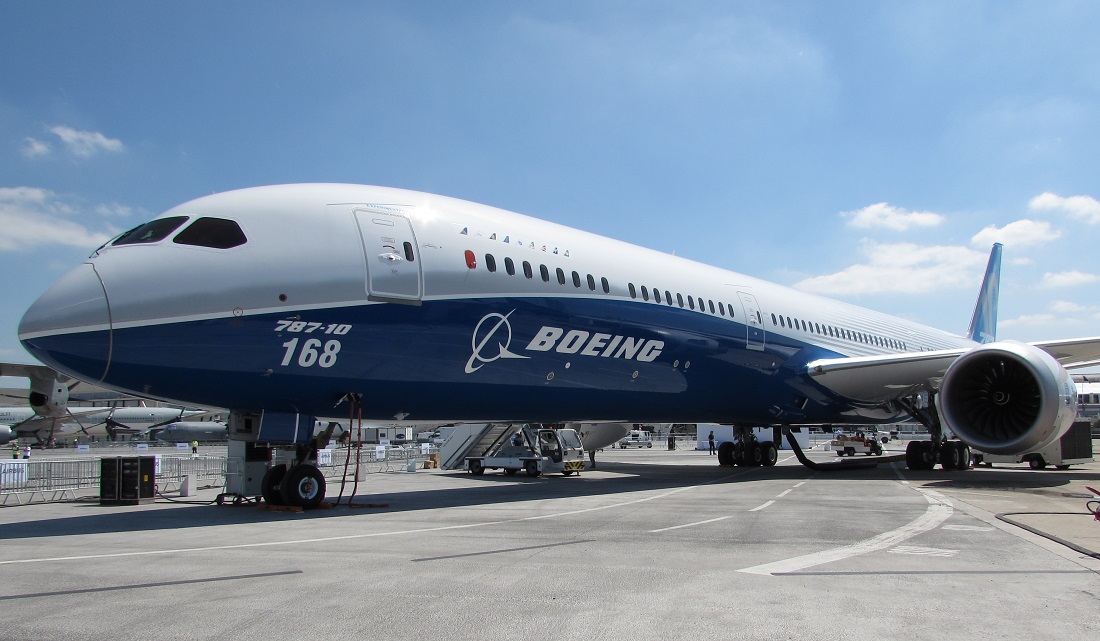 The Dreamliner at the show is the Rolls-Royce-powered "787 CC1", says Tygert. "That aircraft has been testing for a couple of months and we've completed our low-speed handling characteristics and low-speed flight control systems and flutter, and all that went really well."

He adds that the second -10 to join the programme is the GE-powered test aircraft which "will be doing the testing to prove out the second engine, essentially".

The third 787-10, which is the second Trent-powered machine, made its first flight on 8 June and will be primarily tasked with performing the environmental-control-system testing as well as the fuel-mileage "NAMS" testing for the Rolls-Royce-powered version.

Launch operator SIA will take the Rolls-Royce-powered version. Boeing has not disclosed who will be first to receive the GE-equipped 787-10.