PICTURE: Afriqiyah takes delivery of A320 in new colours

Afriqiyah Airways has taken delivery of the first aircraft to be painted in its new livery - an Airbus A320 .

It was delivered to Sabha International airport on 29 January, sporting the new colours selected to replace Afriqiyah's former 9.9.99 logo. 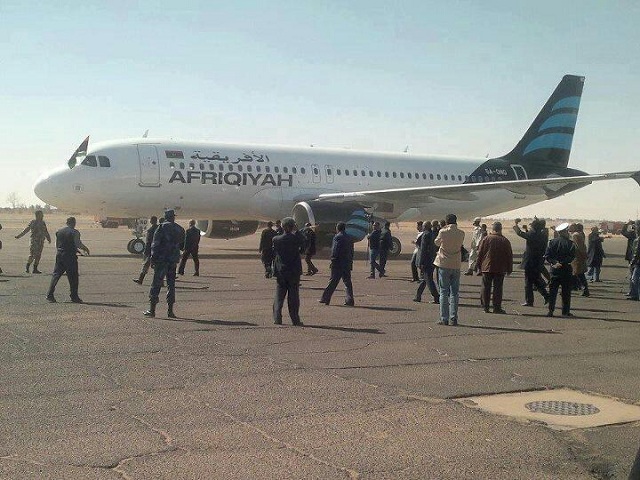 The new design features a black tailfin adorned with three blue stripes, representing the neck markings of the Turtle Dove - an international symbol for love and devotion.

The Libyan flag carrier has a further three A330s and ten A350-900s on order with Airbus.