DARPA today awarded Aurora $89.4 million to proceed through phases two and three, which culminate in flight demonstrations starting "in the 2018 timeframe".

Four teams had been in the running since the project was initiated in 2013, but only three went up to the preliminary design review phase, including Aurora. Boeing had offered its tilting ducted-fan Phantom Swift; Lockheed-Sikorsky proposed its Rotor Blown Wing tailsitter; and Karem Aircraft backed its TR36XP “optimum speed tiltrotor”. 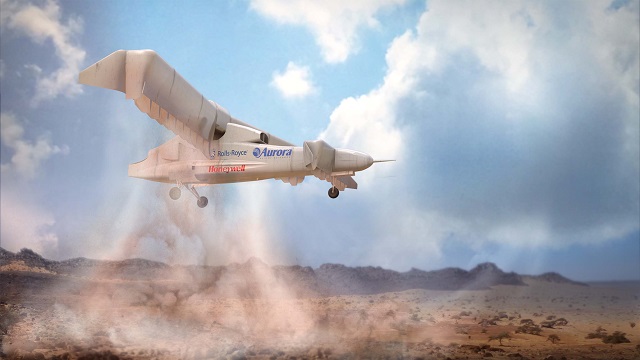 An artist's impression of the Aurora Flight Sciences LightningStrike UAV

“Aurora is proud to support DARPA on what we all hope to be a truly historic breakthrough in aviation technology,” says John Langford, chairman and CEO of Aurora. “If successful, VTOL X-Plane’s radically improved flight capabilities could lead to revolutionary advancement of the US military’s future mission capabilities. We’re honoured to have been selected by DARPA to build and flight test the demonstrator aircraft.”

LightningStrike is a tilting-wing design, powered by one Rolls-Royce AE1107C turboshaft engine, which generates enough electric power via three Honeywell generators to run 24 distributed ducted fans — three each in the forward canards and 18 across the main wing.

The purpose of the X-plane experiment is to create a highly agile vertical-lift aircraft that can achieve speeds in the range of 300kts to 400kts.

Aurora is designing LightningStrike in Manassas, Virginia and will build the prototype in Columbus, Mississippi. 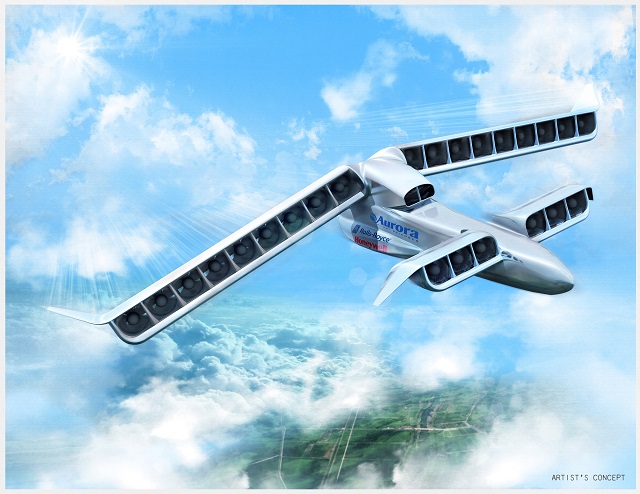 Mark Wilson, chief operating officer of Rolls-Royce LibertyWorks, and Honeywell Defense and Space president Carey Smith say in a joint statement that they proud to be on the winning Aurora team.

“Our goal is to demonstrate technology that significantly improves electric power-generation efficiency, power density and size,” says Smith. “The improvements are needed to meet the aggressive goals for this very innovative aircraft, and would raise the bar for electric power-generation efficiency that would enable this revolutionary advance in hybrid-electric aircraft propulsion.” 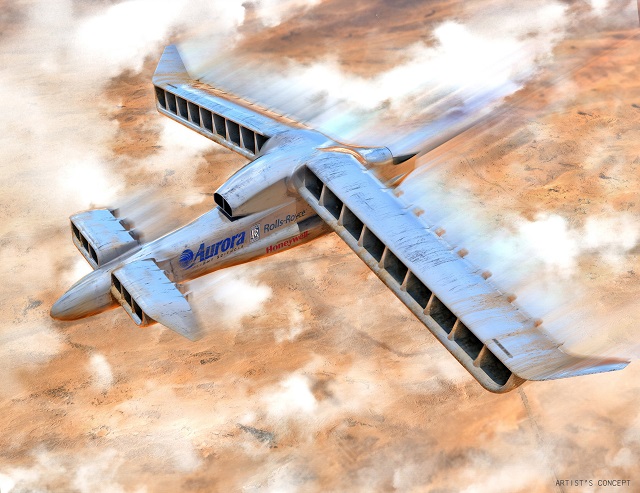