Extending our global reach through the ‘80s

The 1980s heralded a period of international expansion, but were also tinged with tragedy

For its eighth decade, the magazine continued on its mission to establish its international credentials, and by the end of the 1980s, Flight’s “flannel panel” would include staff correspondents based in Washington DC and Los Angeles.

Mike Ramsden, or JMR, who had been the editor since 1964, remained on the staff throughout the 1980s but was succeeded as editor in May 1981 by David Mason. Ramsden was promoted to editor-in-chief, a post where he would remain up until the end of the decade. 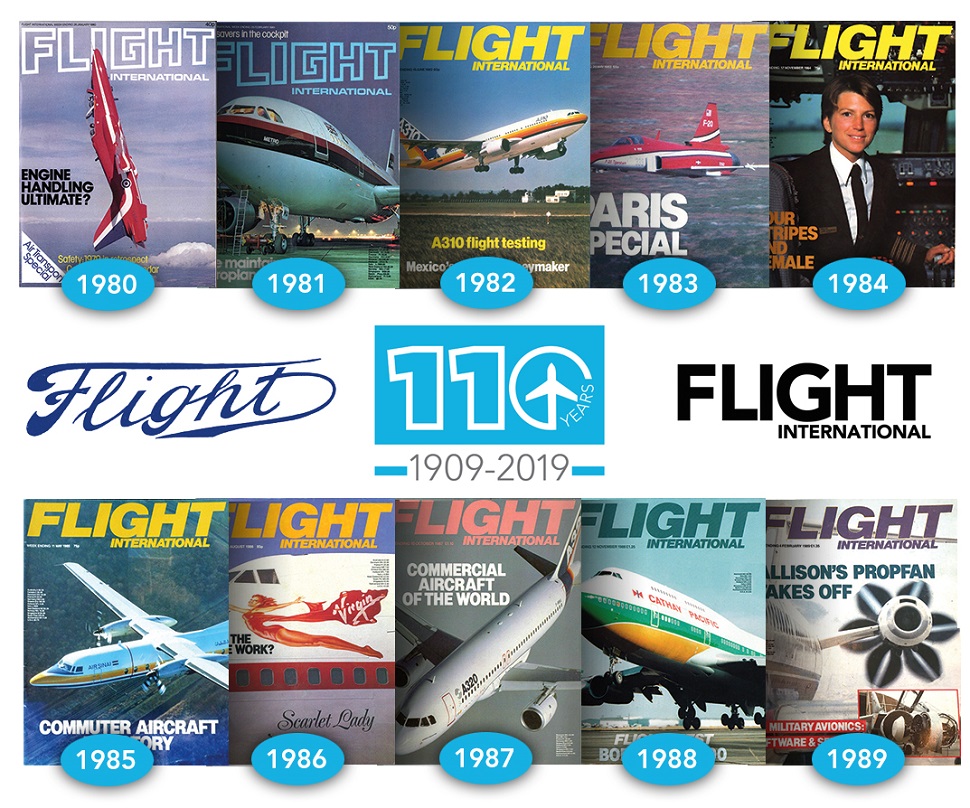 At the end of 1980, Flight moved from its central London offices to what would be its home for the next four decades – Quadrant House, in the suburb of Sutton.

The magazine suffered a terrible tragedy in May 1984, when general aviation editor Cliff Barnett and staff photographer Stephen Piercey died after the Piper Aztec they were flying in was involved in a mid-air collision with a Beech 1900C during a photo shoot at the Hanover air show.

Flight expanded its publishing portfolio during the 1980s, launching Flight Daily News at the Farnborough and Paris air shows early in the decade. In 1985, a sister monthly magazine was launched. Named simply Airline Business, the magazine quickly established a solid reputation for delivering strategic insight for airline boardrooms worldwide.

The following year, Flight established its first overseas editorial office when our technical editor Julian Moxon crossed the Atlantic to take up his new post as Washington correspondent.

Allan Winn, who replaced Mason as Flight’s editor in January 1989, continued the push to drive Flight’s global agenda. He recalled for our centenary issue in 2009: “Making a magazine truly international in an age of ever-faster-moving information involves much more than just appointing a few foreign correspondents. Stories… [were] selected on their international importance and merit and written to be relevant to a worldwide audience. The reader was no longer assumed to be British by default.”

Winn says that when he was appointed, 65% of our circulation was in UK. When he left around 15 years later, 65% was overseas.