With the 1990s came significant change for Flight International as we expanded our global footprint east and took our first steps into a brand-new audience-engagement channel – the internet.

With editor Allan Winn at the helm, Flight established a broad international reporting team populated by staff reporters based in the USA, Europe and Asia-Pacific region. Julian Moxon, who had pioneered our overseas staff reporting in Washington DC, flew back across the pond to set up our Brussels bureau as European editor.

Winn, recalling his time as Flight’s editor for our centenary issue in 2009, talked of the impact of “the electronic revolution”. This transformed how the magazine was created, as manual typewriters and page layouts pasted down from galley proofs were consigned to history. 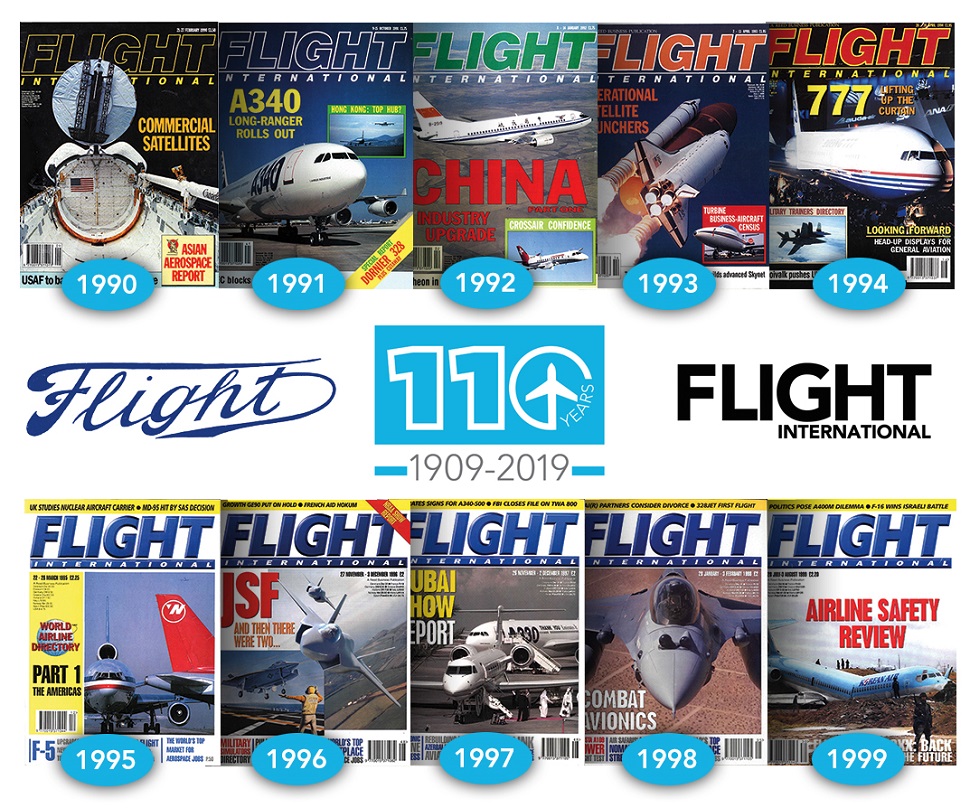 “From taking a week or more from raw copy to finished page, the whole process could be condensed into a couple of hours,” said Winn.

He also recalled how the end of the Cold War and the opening up of Eastern Europe and the former Soviet Union presented often unexpected opportunities. A great example was the evaluation by famous British test pilot John Farley of the Soviet MiG-29 fighter in a full flight test for Flight International – a prospect that would have been unthinkable only a few years earlier.

But the real game-changer in the 1990s was much closer to home – the internet. Flight’s parent company, RBI, was quick to recognise the power of online news in the many business-to-business markets in which it operated, and aviation was one of them. By 1998, when Winn handed the reins over to our first female editor, Carol Reed, a sister online premium news service had been established. Launched as Air Transport Intelligence (now Cirium Dashboard), this real-time news service quickly established itself as the market leader in commercial aviation insight.

As the 20th century drew to a close, Flight – like the rest of the world – was preparing for the expected disruption from the so-called “millennium bug”. Our relatively new reliance on technology to publish the print magazine meant that there was a serious threat, which forced us to completely reorganise the 1999 year-end production planning. But that disruption, of course, never materialised.