The 2014 version of the biennial Airshow China in Zhuhai will see a number of firsts for the rapidly growing event.

With the show due to start on 11 November, most of the aircraft that will participate in the show have now arrived. 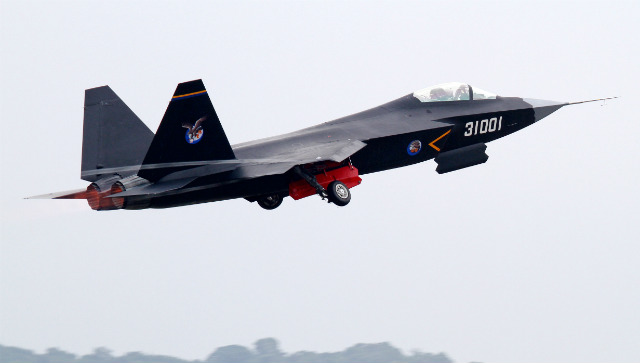 On the defence front, the two most notable aircraft this year are both in-development types – the Shenyang J-31 fighter and the Xian Y-20 transport.

The J-31 practiced its flying display a day before the show, while the Y-20 was parked about 500m from its static park. 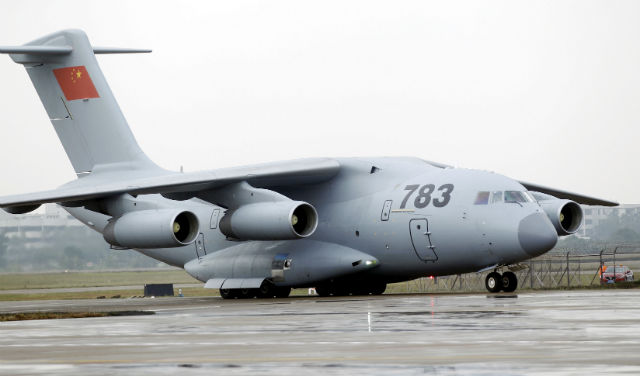 Little is known about the J-31, of which images and videos first appeared in 2012. The flying display itself, large banners highlighting the aircraft around the show, and a large scale model in the AVIC hall suggest that China is keen to attract foreign interest to the type. There has long been speculation that Beijing wants to co-develop it with another country.

Curiously, neither the J-31 nor the Y-20 are explicitly named in a show programme handed to journalists. The programme only lists an “undisclosed transport aircraft” and an “undisclosed fighter”, both produced by AVIC.

The public debut of these two types early in their developmental careers could indicate an attempt on the part of Beijing to be somewhat more transparent about its aircraft development programmes.

Also making its show debut is the KJ-2000 airborne early warning and control (AEW&C) aircraft, which is parked next to the Y-20. Based on the Ilyushin Il-76 transport, the KJ-2000 is China’s premier surveillance aircraft, with Flightglobal's Ascend Fleets database recording four as being in active service.

Another notable first at the show is the Sukhoi Su-35, a type which Beijing is seeking to acquire. Despite hazy skies over the show grounds on Monday, the advanced Russian type performed a dramatic display, with its Saturn 117S engines roaring. 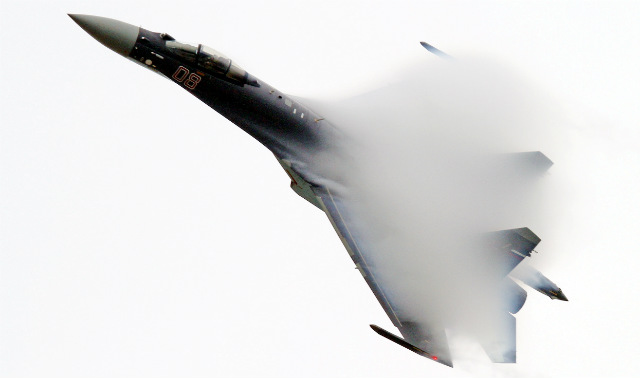 On the commercial front, the AVIC hall features a full-sized cabin mock-up of the MA700, a follow-on turboprop that China hopes to certificate by 2019. A good deal of space has been given to promoting the MA700 at this year’s show – more so, indeed, than any other Chinese commercial type. 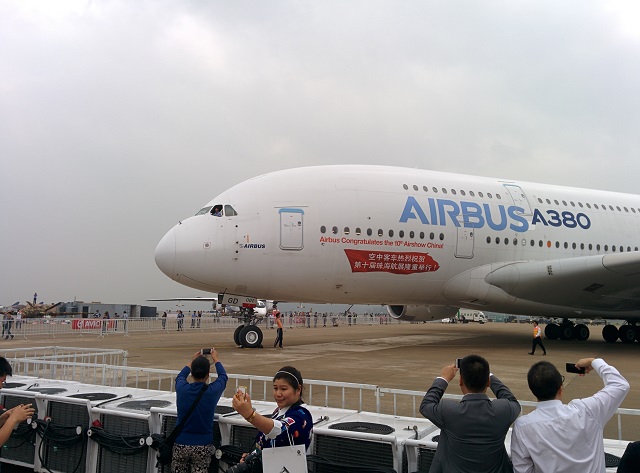 One key attraction that arrived on 10 November is the first Airbus A380 test aircraft (registration MSN001). The Rolls-Royce Trent 900-powered aircraft emerged from the gloom raising and lowering its wingtips in greeting.

Airbus’s emphasis on the A380 at Zhuhai is curious, in that only five of the superjumbos have so far been sold in China; all of which are in use with China Southern Airlines. Airbus will also promote its A330 at the show, with a number of banners dedicated to the type appearing in prominent positions.