American Airlines launched the next phase of its fleet renewal programme with the introduction of the Boeing 737 Max today.

The Fort Worth-based carrier debuted the aircraft (registration N304RB and MSN 44463) on the Miami-New York LaGuardia route with the 737-8 beginning its day with a 07:00 departure to New York and then operating the return leg to Miami at 11:00.

Pilots Steve Efken and Monica Svensson, who flew the aircraft on both flights, told FlightGlobal while on the ground at LaGuardia that the aircraft handled well and was quieter than the 737-800. They added that the cockpit displays were comparable to those on the Boeing 787 rather than the 737 NGs. 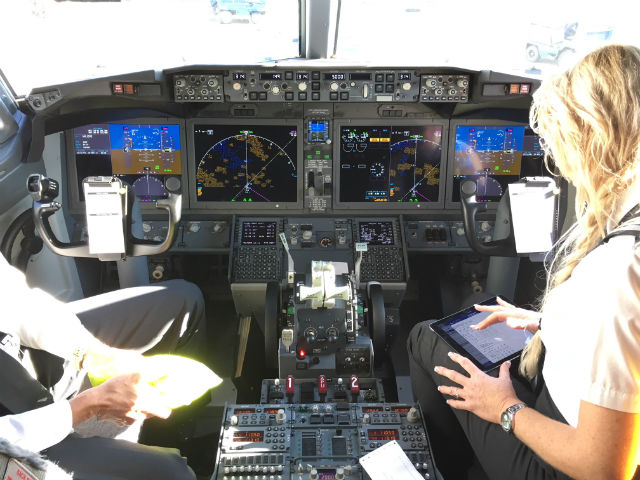 American configures its 737-8s with 172 seats, 16 in first class and 156 in economy, including 30 extra-legroom economy seats. This is 12 more seats than on its 737-800s, which will be reconfigured to match the density of the Max over the next few years.

The cabin on American's 737 Max 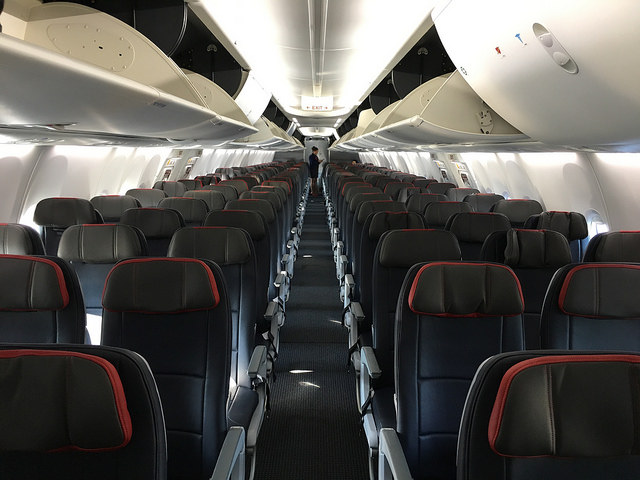 The mainline carrier is the second US airline to debut the 737 Max, following launch customer Southwest Airlines' introduction of the type on 1 October.

American is basing its first 737-8s at its Miami International airport hub. It plans to place the aircraft on routes served by Airbus A319s and Boeing 757-200s, the airline said in an employee newsletter in August.

The airline has previously replaced A320s and MD-80s with A321s and 737-800s, however, deliveries of both classic models are coming to an end. American took delivery of its last A321 earlier in 2017 and will take its last 737-800 by the end of the year, its latest fleet plan shows.

The carrier's first nine Max deliveries are financed with proceeds from its $797 billion 2017-2 enhanced equipment trust certificate (EETC) transaction in July and an additional $221 million 2017-2 B notes in September.

The airline does not say how many 737-8s will be used as replacements versus how many for growth.

American plans to use the 737-8 to both "open new markets and improve our performance in certain markets", it said in the newsletter.

To date, the Oneworld carrier has scheduled the aircraft to fly to New York LaGuardia, Orlando and Port of Spain from both Dallas/Fort Worth and Miami through June 2018, FlightGlobal schedules show.

Other routes that American serves with either an A319 or 757 from Miami include Barranquilla and Bogota in Colombia, Denver, Manaus in Brazil and San Salvador in El Salvador, schedules show.