ANALYSIS: US 747s bow out with final Delta flight

Flight DL158 from Seoul Incheon was scheduled to land in Detroit at 10:14 local time, but was delayed to at least 12:49 due to crew scheduling. Delta added the section just a week ago for the iconic jumbo jet. The Atlanta-based carrier's new flagship Airbus A350-900 takes over the route from the 747. 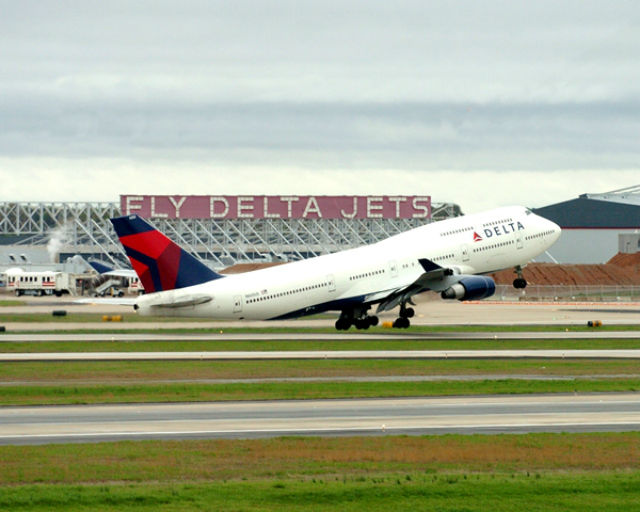 Delta is also flying three of its last four 747-400s on an aptly named "All Hail the Queen" farewell tour, which is open to employees and members of its frequent flier programme. The jumbo flies from Seattle Tacoma to Atlanta today, after visiting the Boeing factory at Paine Field on 18 December, and will continue on to Los Angeles and Minneapolis/St Paul on 20 December.

The tour continues on schedule despite the more than 11h power outage at the airline's Atlanta Hartsfield-Jackson International airport hub on 17 December, which forced Delta to cancel roughly 1,400 flights.

While the carrier will go down in history as the final US passenger 747 operator, United Airlines holds the crown as the longest operator. The Chicago-based carrier flew the jumbo continually from 1970 through November, when it celebrated the retirement of its last aircraft with a nostalgic recreation of its first 747 flight from San Francisco to Honolulu.

Delta's route to being the final operator was indirect, through retirements and mergers, and was made possible only less than a decade ago through its merger with Northwest Airlines.

Delta, along with most major US carriers, ordered the 747 in 1967. It placed an initial order for three 747-100s that July, followed by two more aircraft in June 1968, Flight Fleets Analyzer shows. 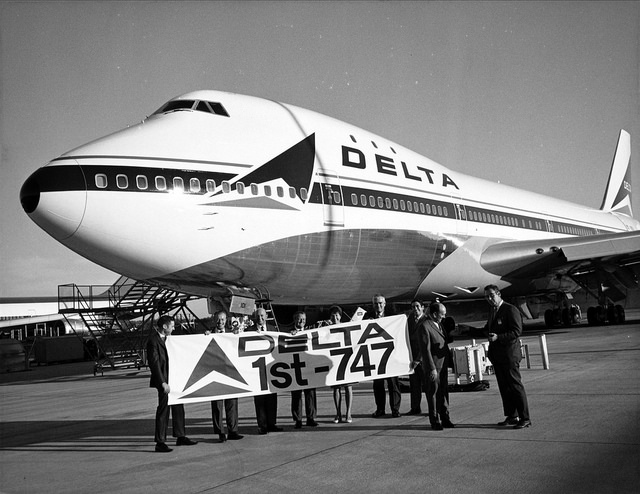 "The 70's opened with the superjet, one of the great advances in all the realm of flight," Delta said in a 747 marketing brochure at the time. "It offers a host of features that distinguish the Delta 747 from all the others. Come meet a magnificent plane!"

The jumbo jet proved too much plane for Delta. The airline was almost exclusively a domestic carrier in the early 1970s, with its longest route being Atlanta-San Francisco at 1,859nm (3,443km), while the 747 was designed for high-density, long-range flying.

Delta's own marketing material acknowledged this mismatch in 1970, noting that the gross weight of the "average" Delta nonstop was "far less, even with a full load of passengers and cargo" than the 747-100's maximum take-off weight of more than 317,515kg (700,000lb).

The airline's 747 fleet was soon on the chopping block. After its acquisition of Northeast Airlines in 1972 and the economic malaise of the period, Delta management deemed the jumbo "less compatible" for its routes than the 250-seat Lockheed L-1011 TriStar, which began arriving in 1973, according to an employee publication in May 1977.

"Airline fleet planning is a complex and never-ending process of maintaining a fleet of aircraft to respond to market demand in an efficient, economic manner," Delta assistant vice-president of long-range planning Art Ford told Flight International in May 1975. "We need a small aircraft for the lower-density markets which will complement, through connections, the medium-size markets with medium-size aircraft, which will further complement the large aircraft operating into the larger cities."

The airline was in the process of standardising its fleet around the Boeing 727, L-1011, and the McDonnell Douglas DC-8 and DC-9, Ford said.

The 747-400 flying the final Seoul-Detroit journey came from Northwest Airlines, through the carriers' 2009 merger. The aircraft (MSN 23821) was delivered new to Northwest in August 1989, Fleets Analyzer shows. 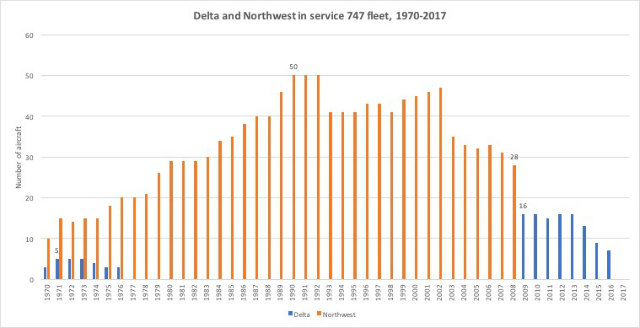 The carrier took delivery of its first 747-100 in April 1970 and introduced it on flights between its Minneapolis/St Paul base and New York John F Kennedy airport on 8 June 1970. Flights to long-haul destinations, including Honolulu and Tokyo, began that August.

Delta gained 16 747-400s when it merged with Northwest. It began retiring the type in 2014, Fleets Analzyer shows.

"Following its merger with Northwest, Delta really adopted the 747 as its flagship and featured the airplane prominently," said Henry Harteveldt, a travel industry analyst and founder of the Atmosphere Research Group, in a recent interview. "It's been an important plane for Delta and there may be a great emotional tie with the 747."

Delta continues to embrace the 747. Visitors are able to get up close and go inside the jumbo at the Delta Flight Museum at the airline's Atlanta headquarters, and the exhibit stands as an enduring reminder to the Queen of the Skies' legacy of reshaping global airways.