Australian Aerospace has delivered the 15th NH Industries MRH90 multi-role helicopter to the Australian defence force after signing a remediation agreement with the Australian government for the programme.

Australian Aerospace, the local unit of Eurocopter, said it has signed a deed of agreement with Canberra. The document includes a "remediation plan" that will address issues with the programme, particularly an engine failure suffered by an MRH90 and cooler fan issues.

The agreement was signed on 23 November, after which the 14th and 15th MRH90s were delivered.

On 29 November, Canberra added the MRH90 to its Projects of Concern list because of "significant technical issues". 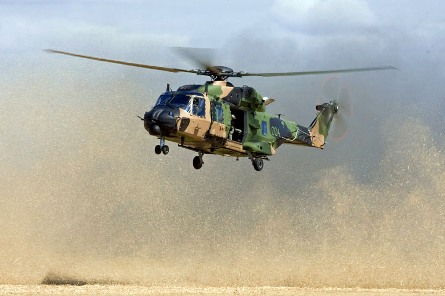 "The project is running late, primarily due to technical issues affecting the aircraft," Minister of Defence Materiel Jason Clare said in a statement.

"The project has suffered delays of some two years to date. There remains a risk that the programme will be further delayed," Clare said.

The programme underwent separate reviews in April and September. After the April review, prime contractor Australian Aerospace agreed to a remediation strategy.

However, after the September review Clare said the project was still suffering from "significant" technical issues. "These have now triggered earlier indicators and warning thresholds for schedule and contractor performance," he said.