Vertis Aviation app users will have the ability to book an individual seat on a private jet operated by Austria's JetClass, initially on a network of seven European routes. This network "will grow" as JetClass uses its "proprietary artificial intelligence" to identify additional routes on which business aircraft can be operated profitably, says Vertis Aviation chairman Julian Burrell.

He hopes the new app will "broaden our client base" and "attract new users to the industry". 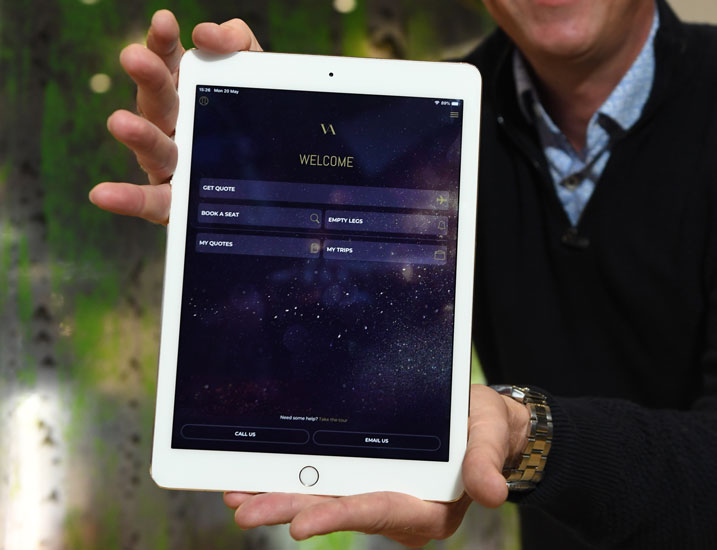 In addition to the Book a Seat feature, the app includes an Empty Leg Watchlist, which alerts users when a business aircraft is about to operate one of its pre-defined routes without any paying passengers and enables them to book a "competitively priced" last-minute seat.

"This means the aircraft is not flying around empty. The reaction we often get is: 'Wow, that's not as expensive as I thought,'" says Burrell. Details provided include departure and arrival points, aircraft type, how many passengers can fly and availability.

The app will also enable users to charter a whole aircraft through the traditional Vertis channel. After entering their requirements, users will see confirmed availability and trip fees in the My Quote section, before calling to book and pay. However, plans are afoot to add real-time payment functionality in later versions, which Burrell says will appeal to younger travellers, who are "used to going digital" for everything.

"We've been working on this app for 16 months. Up until now our business has been about exclusive arrangements to market our own aircraft and chartering aircraft from other sources, but we found that a lot of people are looking for quick responses," says Burrell. "We wanted to stay up to date with technology and offer more than our competitors are offering."