Daher has handed over its 800th TBM single-engined turboprop – just over 25 years since the first iteration of the high-speed aircraft series, the TBM 700, entered production.

The milestone aircraft – a TBM 930 with the registration N930EA – rolled off Daher’s production line in Tarbes, southwest France, on 19 September. ThePratt & Whitney Canada PT6A-66D-powered aircraft then made a two-day ferry flight to Des Moines, Iowa, where itwas handed over to business aviation services provider Elliott Aviation. 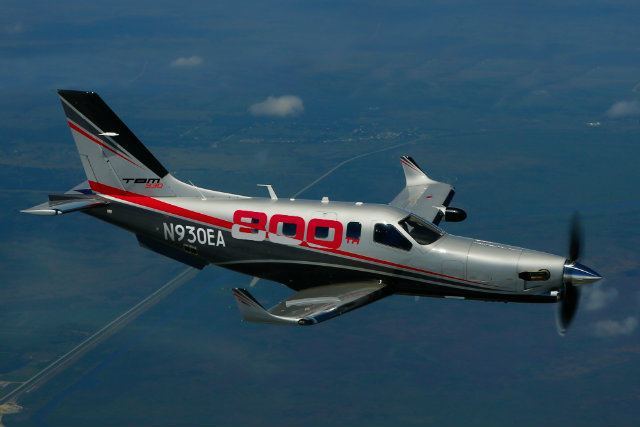 Nicolas Chabbert, senior vice-president of Daher’s aircraft business, describes the delivery as “another important achievement” for the company.

“We remain confident in the TBM family’s future, backed by continuous developments that brought us to the latest TBM 930 and TBM 900 versions,” he says.

The TBM 700 was the first series-produced pressurised single-engined aircraft to be certificated, Daher says, entering full production in 1991. By the time the upgraded and re-engined TBM 850 replaced this version in 2005, more than 320 had been delivered to customers worldwide.