Embraer Executive Jets recorded a 14% fall in revenues in 2017, as a result of an "unfavourable mix of aircraft deliveries". Although its performance is forecast to remain flat throughout 2018, the Brazilian airframer is upbeat about its prospects, as the market starts to turn a corner.

Speaking on a fourth-quarter earnings call on 8 March, Embraer chief executivePaulo Cesar de Souza e Silva said the business aircraft industry was under "huge pressure" in 2017, but is now seeing signs of a "smooth" recovery.

He says three big drivers are contributing to a stronger market and creating opportunities for the division: the shrinking inventory of used aircraft, which is helping to firm up prices of new models; favourable tax reforms in the USA; and that country's strengthening economy. 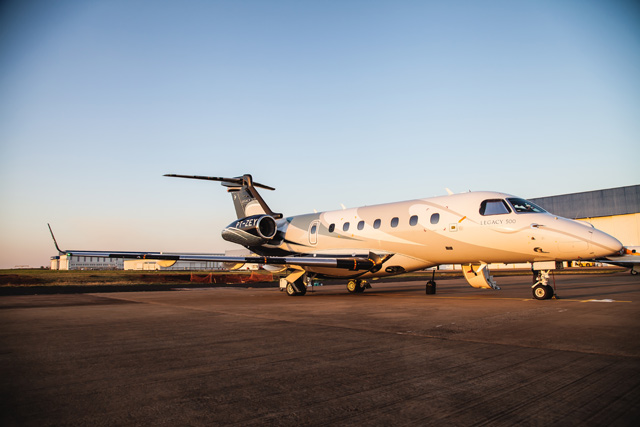 The Brazilian airframer is now putting the final touches to the first E-model variant of the Phenom 300 – which features a significantly updated cabin – at its US facility in Melbourne, Florida, in preparation for its handover in late March to an unnamed South African owner.

Embraer is also poised to begin delivering this month the first Legacy 450s and 500s with a reduced cabin altitude of 5,800ft – 200ft (60m) lower than their predecessor – when flying at an altitude of 45,000ft. The midsize pair will also feature restyled passenger seats as standard from June.

The company ended 2017 with an order backlog valued at $777 million.