Through the Rapsody programme, the UAV will be involved in two years of testing in two different scenarios – search and rescue and pollution and oil spill monitoring – over the Atlantic and the North and Mediterranean seas.

This is the first time UAVs will be introduced into maritime surveillance missions in Europe, Tekever says.

The European Maritime Safety Agency will organise the operational requirements and co-ordinate relationships with multiple end users of the system, including the Portuguese navy, the maritime authorities of Malta and the Spanish rescue and safety maritime society.

This first year of the project will be dedicated to sensor integration and developing on-board sensor algorithms, as well as optimising data transmission according to the type of missions that the system will carry out. The second year will be used to test and demonstrate the AR5 in the different scenarios. 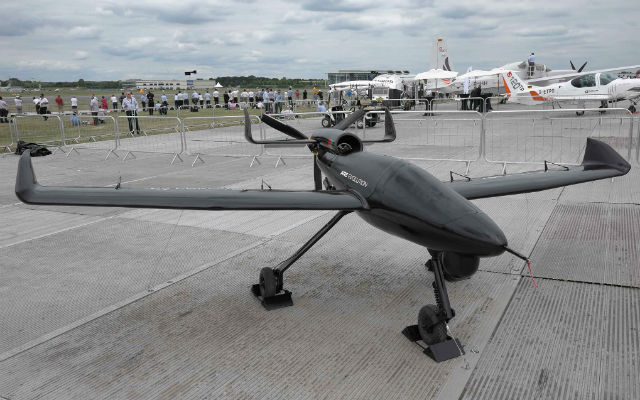 "The AR5 is a clear advance in our systems, providing an excellent way to complement maritime surveillance operations – with a lower cost and greater flexibility than manned systems – as well as responding to the huge challenges posed by the European maritime space,” says Ricardo Mendes, chief operating officer of Tekever.

Satellite communications will allow the UAV to carry out long-range missions, such as the search and rescue, surveillance and maritime patrol and pollution detection functions the project is aimed at.

Bond Air Services will be responsible for the operation of the system while DSI Information Technik will ensure sensor data is transmitted securely.