Boeing has mated the wing and fuselage of the UK’s first 737NG-based P-8A Poseidon, as the Royal Air Force (RAF) advances preparations to restore its lapsed maritime patrol aircraft capability.

Posting an image of its lead aircraft on Boeing’s final assembly line in Renton, Washington on Twitter, the RAF on 7 May said that its Marshall Aerospace-produced long-range fuel tanks will be installed “in the coming weeks”. 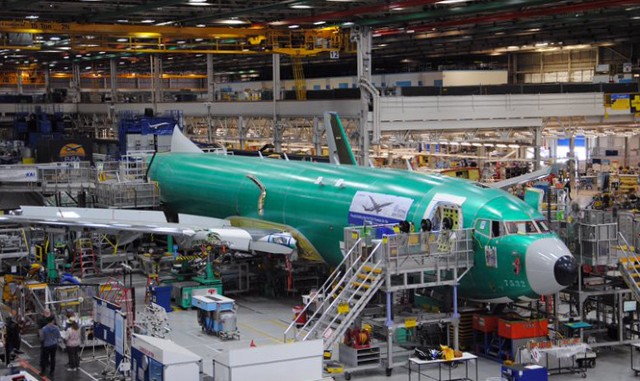 The RAF announced in April that its first Poseidon MRA1 was on schedule “to conduct its first flight this summer”.

Nine Poseidons are on order for the UK, with the modified narrowbodies to enter use with 120 Sqn from RAF Lossiemouth in Scotland from late next year. The adapted 737s will reintroduce a fixed-wing anti-submarine and anti-surface warfare capability lost with the retirement of its British Aerospace Nimrod MR2s in 2010 and cancellation of BAE Systems’ Nimrod MRA4 programme.

Meanwhile, preparations for the Poseidon’s introduction are gathering pace, with a three-bay hangar in construction at RAF Lossiemouth and personnel from 120 Sqn undergoing training in the USA.