Supersonic flight is the future, just as it was in the past

A whopping 51 years have passed since Concorde first took the skies. It seems an incredible number.

Concorde made its maiden flight in 1969 – 2 March of that year, to be precise. Had you been lucky enough to watch that droop-nosed bird roar off the Toulouse runway, or seen it in the skies above France, you would surely have been convinced that supersonic was the future of air travel. 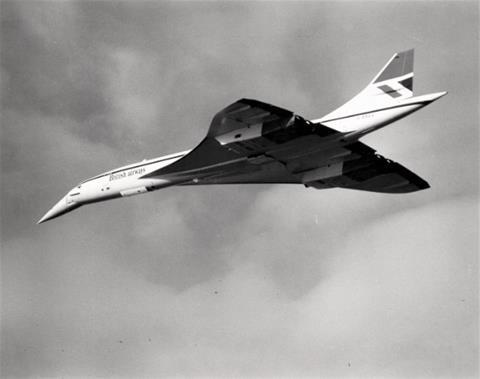 Everything that air travel was going to be – speedy, comfortable, effortlessly glamorous – was right there in that needle-sleek fuselage.

What else happened in 1969? Well as the 1960s ground to a halt, there was the release by a little band called the Rolling Stones of the album Let It Bleed, which included a song titled You Can’t Always Get What You Want.

When it comes to Concorde and so much else, the Stones were right: the world wanted supersonic travel for the masses in 1969, and in 2020 that desire still has not gone away.

But the gulf between what we want and what we need or can have, is as wide and deep as ever.

With the aerospace industry reeling amid the coronavirus crisis, from where will come the capital required to bridge the void?

It is the exact type of question for which the chief executives of supersonic aerospace start-ups might be best positioned to answer.

Start-ups, after all, are the product of entrepreneurs and visionaries – those among us with the remarkable ability to see a clear end goal through all the clutter, and then figure out how to make it happen.

The entrepreneurs leading three major US supersonic start-ups have no less enthusiasm for their supersonic visions than they did pre-coronavirus: ‘The future is speed!’ they insist.

Such optimism is infectious – welcome and inspiring in an age when every airline on earth is fighting for survival.

And who can argue? The future must be speed. It seems plausible that eventually – at some point in the near or distant future – a time will arrive when Joe Public can pay a reasonable fare for supersonic commercial flight.

Extend that logic, and a time will come when commercial aircraft zip across hemispheres at hypersonic speeds, and a time when air travel has nothing to do with carbon-based fuels.

But will the step to supersonic take five or 50 years? The answer depends not so much on technology – Concorde proves it can be done.

Rather, it comes down to what we want, what we need, how hard we try and how much we want to invest to bridge that gap.