The next 12 months promises to be a pivotal time for civil and military propulsion, with a series of milestone decisions, first runs, maiden flights and key sales campaigns to be decided. 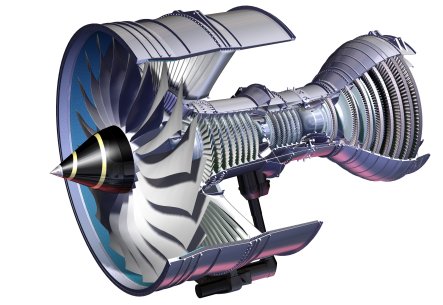 Commercially, all eyes will be on the growing impetus to develop new powerplants for Bombardier’s CSeries airliner and, further off, the next-generation Airbus and Boeing 150-seater families. Pratt & Whitney, and its Canadian sibling company, are in the forefront of both efforts, with P&W pushing Boeing to back a NASA-supported geared turbofan (GTF) demonstrator in 2007, and P&WC hoping to announce the go-ahead of a PW800-based small turbofan for the CSeries.

General Electric and Rolls-Royce, each with next generation ambitions of their own, are actively working to head off P&W’s GTF gambit, although in the case of the UK-based engine maker, this effort will no doubt further muddy the waters over the long-term future of the International Aero Engines (IAE) consortium in which R-R and P&W are the largest shareholders. A decision on the go-ahead of GTF ground- and flight-test demonstrator, possibly allied to the go-ahead of a related third generation Boeing Quiet Technology Demonstrator (QTD) flight-test effort, is widely expected in the first half of the year.

Nearer-term events in the new year include the first flight of the GE-P&W Engine Alliance GP7200-powered Airbus A380. Although delayed by non-engine related issues, the much-anticipated GP7200-powered flight will be a major relief to future operators such as Emirates, which expects to put its first A380 into service in 2007. The GP7200 engine successfully achieved its certification at the end of 2005, with the first shipset being delivered to Toulouse in September.

The biggest battle of 2006, however, will continue to be fought between GE and R-R over the A350 and 787 market, with the GEnx and Trent 1000/1700 respectively. The R-R Trent 1000 is scheduled to make its first run in February, followed the next month by the GEnx. While the two engine offerings are technically finely matched, R-R realises it is fighting uphill for A350/787 business due to the often overwhelming strength of GE’s marketing position. The US company’s April 2005 victory on the 747-8 with the GEnx, seen as something of a Pyrrhic victory at the time, could become dramatically more important as part of wider fleet deals including 777s and 787s. Similarly, GE Capital continues to wield enormous strength in the market, while the increasing dominance of the GE90-powered 777-200LR/300ER on the longer-range market gives GE yet more leverage.

In the military arena, the “big three” will also continue to engage in “co-opetition” over the development of engines for the Lockheed Martin F-35 Joint Strike Fighter. P&W delivered the first flight-test F135 engine to Lockheed’s Fort Worth, Texas site in December and the engine will achieve initial flight release early in the second quarter of 2006. The F135 will be installed in the first flight-test F-35 early this year in readiness for the start of flight tests in the third quarter.

The GE Rolls-Royce Fighter Engine Team (FET), which is developing the competing F136 engine, is expected to make maximum efforts to shore up its programme against the threat of more budget cuts that loomed at the tail end of 2005. Despite being awarded a system development and demonstration (SDD) contract valued at $2.4 billion in 2005 to develop the F136 for the F-35, the team knows it cannot rest on its laurels.

As now scheduled, the F136 SDD phase will run through September 2013. The F136 initial service release is planned for 2012, when delivery of the first production engines will begin. The first F136 engine is expected to be tested in mid-2008, but earlier risk-reduction tests are due to begin in 2006, using one of the Fighter Engine Team’s pre-SDD development engines. The F136 engine is expected to be flight tested on the F-35 in 2010, with production engines available in 2012.

Among other noteworthy development efforts to keep an eye on in 2006 is the 11,000shp (8,200kW) Europrop International TP400-D6 turboprop for the Airbus A400M airlifter. The multinational engine made its first run at the MTU maintenance site at Ludwigsfelde near Berlin in October and 2006 will see full-scale testing and development continue at full pace towards a targeted certification date in October 2007. More than 750 engines are expected to be needed for the 180 aircraft on firm order to date, with hopes of additional production numbers for a string of international export prospects.