GlobeAir, the world’s oldest and largest operator of Cessna Citation Mustangs, has posted record turnover and profit for 2016 on the back of strong demand from the charter market for small business jets.

GlobeAir plans to grow its fleet by a fifth in 2017 to cater for the rising number of European passengers. “We are flying each of our 15 Mustangs around 660h a year. They can’t do much more,” says Bernhard Fragner, founder and chief executive of the company.

More than half of GlobeAir's reservations in 2016 came from online charter booking platforms such as JetSmarter, FlyVictor and PrivateFly. “More and more people are choosing to book their flights on these smartphone and web-based platforms rather than through traditional brokers,” says Fragner. 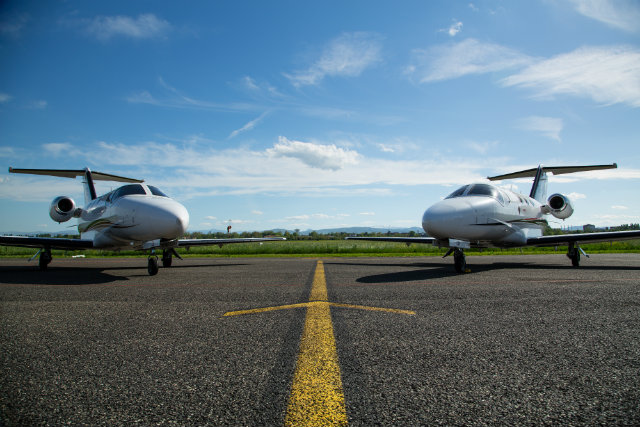 To alleviate the pressure on the existing fleet, GlobeAir will add three used, low-time Mustangs in May and June “just ahead of our busiest period”, says Fragner.

He attributes GlobeAir’s success to what he terms “smart scheduling”. “Our fleet is optimised for maximum efficiency, which means limiting the number of empty legs,” he says.

Fragner adds that demand for the entry-level Mustangs is coming from travellers downsizing from more expensive midsize and large-cabin business aircraft. “For short hops in particular, small jets like the Mustang are so much more cost efficient,” he says.