Airbus Military has reduced the size of its "Grizzly" development fleet of A400M tactical transports to three, after retiring its first-flight example and placing another aircraft into storage. 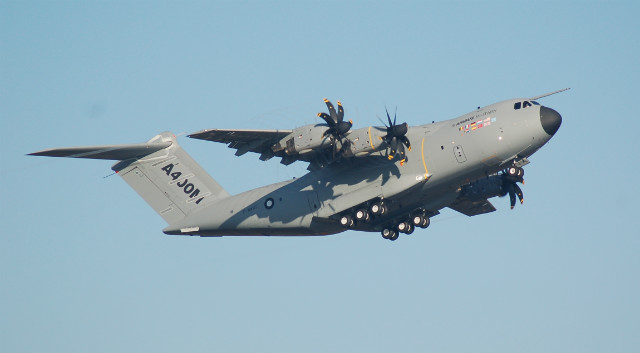 First flown on 11 December 2009 (above), MSN1 - or Grizzly 1 - was the first of five test aircraft to be flown in support of the eight-nation A400M programme. Registered as F-WWMT, the aircraft performed its final flight from Toulouse, France on 4 November,with the company saying the 1h sortie was intended "to validate procedures for landing with the ramp door failed in the open position". This brought the lead aircraft's total usage to 475 flights and almost 1,450h, Airbus Military says. 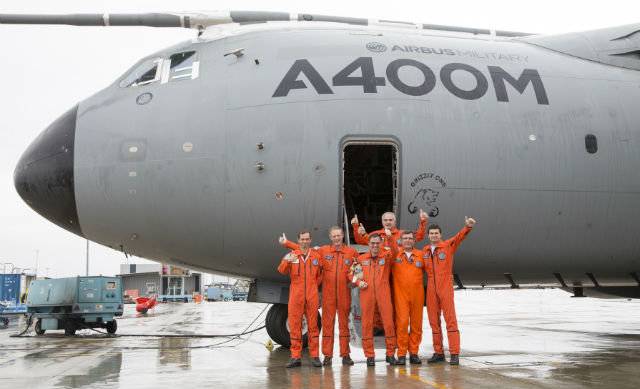 “MSN1 has had a relatively short but very arduous life, and it has taken us to the extreme parts of the flight envelope where, I hope, most other A400Ms will not go," says Strongman. The aircraft will be preserved and put on public view, with Airbus's heritage department to decide on its final display location next year.

In addition to Grizzly 1's removal from use, aircraft MSN3 has also now been placed into long-term storage. "It is not intended to fly again, but could be returned to flight-test duties if required," the company says.

Airbus Military's remaining three development aircraft will be used to support the ongoing introduction of additional capabilities for the A400M. Two of the type have been delivered to the French air force, with Turkey due to receive its first example before year-end. Further customers for the type are Belgium, Germany, Luxembourg, Malaysia, Spain and the UK, with a total order book for 174 aircraft.

Log in or register to our FG Club to read Mike Gerzanics' flight test report about the A400M.