Hindustan Aeronautics (HAL) has issued requests for information pertaining to the Indian Multi-Role Helicopter (IMRH) that was first unveiled at Aero India 2017.

The RFIs relate to turboshaft engines, assistance with the development of a blade folding system, and external reviews of the 12t rotorcraft’s landing gear and transmission, according to an official. The duration of the design review period is six years.

The company is taking a cautious approach to its largest helicopter yet, and development timeframe for the IMRH can be realistically estimated at 8-10 years. 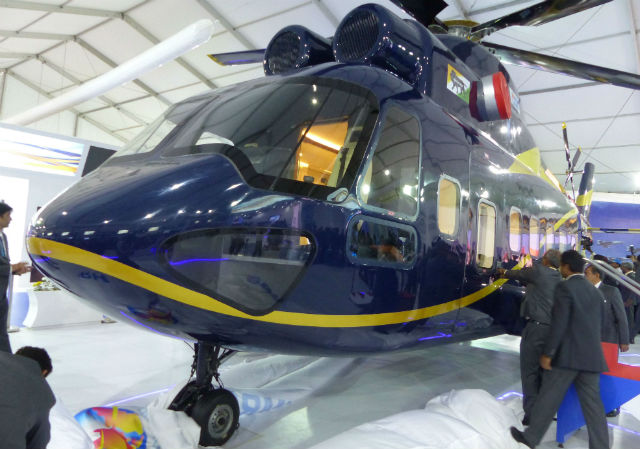 There is no formal requirement for a 10-12t indigenously-developed rotorcraft, but the official tells FlightGlobal that the IMRH is aimed at replacing India's older MiL Mi-17s after 2025.

The IMRH will include a dedicated ASW configuration for the Navy and a VIP/VVIP variant. HAL also plans to obtain civil certification.

HAL places a very high priority on the engine's high-altitude performance. The engines must be capable of air starts up to an altitude of 5.5 km. The Take-off Power rating (TOP) for use during take-off, climb and landing rating for a minimum period of five minutes is quoted as 1950kW at sea level, 1250kW at 4500m and 975kW at 6500m.

Total engine weight with all accessories and harnesses is to be within 250kg and engine time before overhaul (TBO) of 2000 hours or greater has been asked for.

Main and tail rotors are to be composite, and make use of radar absorbent/infrared resistant paints.

Design and development of the landing gear will also be undertaken by HAL's Rotary Wing Research Design Centre. The landing gear needs to be retractable, with an active steering system and self-centering feature.