Indonesia’s transport ministry has recovered one of the flight recorders from the crashed Trigana Air ATR 42-300.

In a tweet, the ministry says the recorder was recovered at 13:40 local time on 18 August. It adds that the bodies of all 49 passengers and five crew members on board have also been found and recovered. There were no survivors. 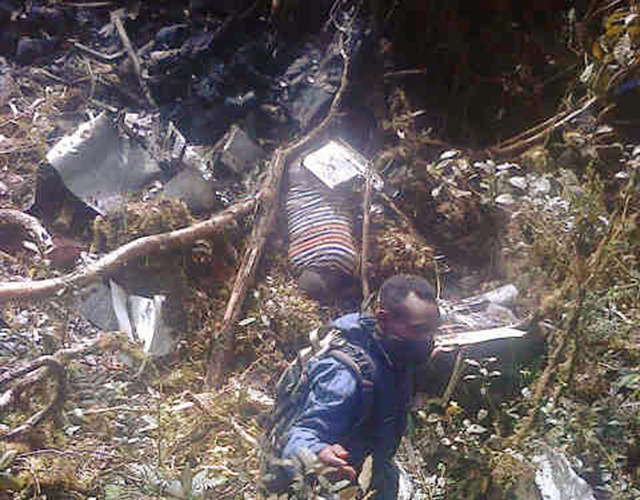 Aircraft debris was first spotted on a mountainside in eastern Papua, with the plane apparently having hit the slope of Mount Tangok in Okbape district, local media reports say. The site is about 15km from the Oksibil airport, where the turboprop was due to land after departing Jayapura's Sentani airport at 14:22 on 16 August. It last contact was with Oksibil airport's air traffic control tower at 14:55.

Indonesia’s transport ministry earlier said that it was searching in an area several square miles to the north of the central Indonesian town Oksibil.

The ministry has also reportedly said that no distress calls were made before the turboprop lost contact on 16 August.

Satellite images from Google Earth show the terrain around Oksibil to be mountainous and covered in tropical rain forest.

The crashed aircraft, registered PK-YRN, was built in 1988 and owned by Trigana Air, which has been involved in 19 serious safety incidents since 1992.