John Edgley, owner and designer of the Optica observation aircraft, is holding discussions with potential buyers for the programme from China, the USA and the UK.

Each is bidding to purchase the 40-year-old piston-single and relaunch manufacturing, more than two decades after its production was halted.

“We’ve received interest from a number of people over the years who have been keen to put the Optica back into production – some serious, others time-wasters,” says Edgley. “I have never given up hope [of] finding a suitable buyer for this aircraft and am confident one of these qualified bidders will be able to raise the necessary funding this year to restart production.”

Interest in the Optica – which entered service in 1985 – has been sparked by growing global demand for surveillance platforms. “This is becoming an increasingly important market for government [and] agencies as well as businesses who are looking for low-cost, dependable platforms to patrol their borders, pipelines, game reserves or provide aerial law enforcement,” Edgley says.

“The Optica provides an alternative to expensive helicopters and unmanned aerial vehicles – which are proving complicated to operate in commercial airspace.” 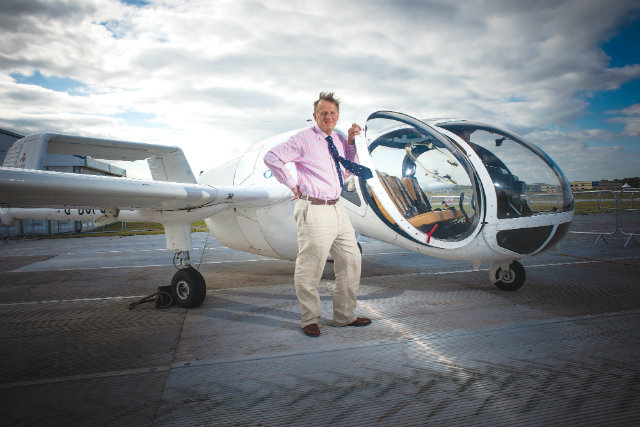 Edgley recently commissioned an independent study to examine the potential for the pusher-configured Optica. It reveals “a ready and immediate world market for [more than] 600 aircraft”, he says.

Fire observation and border patrol are identified as the strongest and fastest-growing sectors for the two-seat type while wild game observation and tracking were also cited as important expanding industries for the aircraft, the study discloses.

The Optica is perfectly suited to all these markets, Edgley says. “Despite its age, the aircraft is still an innovative design,” he adds. “Its bubble-canopy observation platform gives the pilot a perfect field of vision. It has a long range, a slow cruise speed, low fuel consumption, low noise and low emissions. The only thing that needs updating is the instrument panel," Edgley says.

There is a demand, he adds, for a diesel-fuelled Optica, but there is nothing suitable on the market in the 260hp category. “I’ve yet to be convinced that there is anything out there better than the Optica’s tried-and-tested Lycoming IO-540,” he says.