Irkut has extended the flight-test envelope of the MC-21-300 this week, following the twinjet's maiden sortie on 28 May.

The Russian manufacturer says the first test aircraft has completed two more flights from its plant in Irkutsk, Siberia. 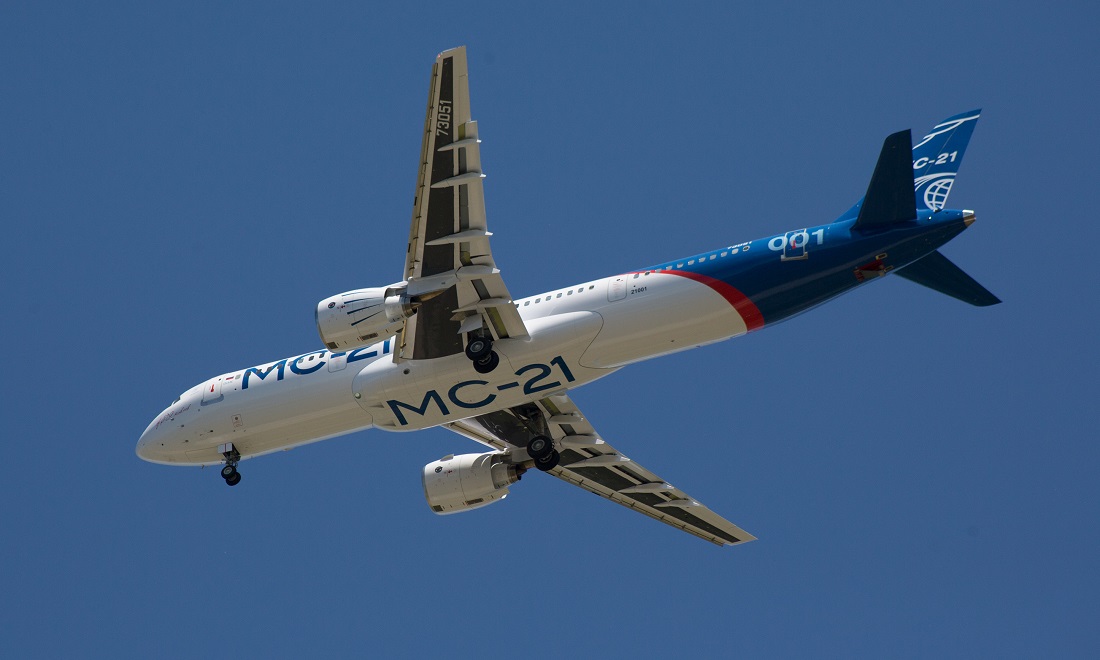 The flightplan for flight two "included checking of take-off and landing characteristics and performance of the aircraft systems", says Irkut.

The aircraft's third flight, which occurred earlier today, lasted 1.5h, during which "the range of flight modes was extended and the configuration of high-lift devices was examined to change from take-off to cruising".